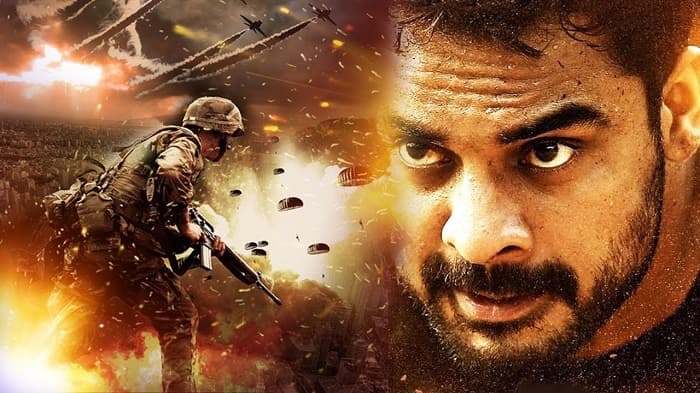 Tamil movie industry, also known as Kollywood, surely has a great influence all over the nation. With their great storyline and charismatic actors, it’s no wonder that they have such huge attention. The huge success of Bahubali and KGF has started attracting Bollywood to South Indian Movies, and Hindi dubbed versions of South Indian movies are widely received. Nowadays, the production is releasing Upcoming Tamil Movies in Hindi Dubbed, Telugu, and other languages as well to facilitate the non-native audience. If you are a fan of Tamil movies who don’t understand the language, you have come to the right place. We have made a list of 10 Upcoming Tamil Movies in Hindi Dubbed.

Kaadan is among the Upcoming Tamil Movies in Hindi Dubbed produced under the banner of Eros International. Directed by Prabhu Solomon film on the conservation of elephants is speculated to be based on real-life events. The plot revolves around how a man living in the jungle, Bandev, with the help of the elephants and other animals in the forest to fight against the corporate company to protect their home.

The film is simultaneously produced in Telugu as ‘Aranya’ and in Hindi as ‘Haathi mere Saathi’. The cast includes Rana Dagubatti, Vishnu Vishal, Zoya Hussain, Shreya Pilgaonkar, and many more. The movie will hit the theatres on 26th March of this year.

Thalaivi is one of the most anticipated Upcoming Tamil Movies in Hindi Dubbed. The movie is a biopic based on the life of J. Jayalalithaa, known as amma. J. Jayalalithaa was an actress turned into a politician who served 6 years as the chief minister of Tamil Nadu’s state. Bollywood Actress Kangana Ranaut plays the role of Jayalalithaa in the movie. The film is directed by A. L. Vijay and produced by Shailesh R Singh.

The film is shot simultaneously in three languages and Hindi, Telugu, and Tamil. The production team has decided to release the trailer of the movie in Chennai and Mumbai on 23rd March on the occasion of the birthday of actress Kangana Ranaut. All the three versions of the movie will be released on 23rd April together

Jagame Thandiram is one of the best Upcoming Tamil Movies in Hindi Dubbed starring Dhanush. Directed by Karthik Subbaraj, has cast Dhanush in the role of Gangster and his fight between good and evil. Dhanush’s look in the movie was adored by his fan when the teaser was released in February.

Along with Dhanush, the cast also includes Aishwarya Lekshmi, Kalaiyarasan, Joju George, James Cosmo, and others. Due to Pandemic, the movie will be the digital premiere on Netflix. The movie will be released simultaneously in Tamil with dubbed versions of Telugu, Malayalam, Kannada, and Hindi.

Cobra is among the Upcoming Tamil Movies in Hindi Dubbed produced by Seven Screen Studios. The psychological thriller is written and directed by R. Ajay Gnanamuthu. The film cast includes Irfan Pathan, Vikram, Anand Raj, and Srinidhi Shetty. As this is a Debut movie for Irfan Pathan, many cricket fans are waiting to see him on Irafan’s performance on the big screen. This movie is also a Tamil debut movie for Srinidhi Shetty. A. R. Rahman produces the music of the film. The Title track “Thumbi Thullal”, released in June last year, caught a lot of attention.

We need to wait to listen to A. R. Rahman’s magic in the rest of the songs. The shooting of the film in Russia was halted due to a pandemic and was resumed in February. The shooting has wrapped up, and the team is currently working on post-production. The Gold Mines Corporation has acquired a dubbing right for the movie, and the dubbed version can be expected to be released along with the Tamil version in April of this year.

Valimai is one of the best Upcoming Tamil Movies in Hindi Dubbed, starring Ajith Kumar. The movie is written by H Vinoth and produced by Boney Kapoor. This movie will mark the second collaboration after Nerkonda Paarvai, the Bollywood hit movie Pink. Dhruvan, Huma Qureshi, Kartikeya Gummakonda plays a supporting role in this action thriller.  Thala Ajith Kumar will be playing the role of a cop in this thriller. Boney Kapoor has decided to dub this movie in Hindi. The movie is said to be released on the same day as actor Ajith Kumar’s birthday.

This Diwali is surely a dhamaka for superstar Rajinikanth. The most promising collaboration with Rajinikanth and director Siva has resulted in the list of Upcoming Tamil Movies in Hindi Dubbed, Annathe. Apart from Rajinikanth, the film cast has a lot of other huge artists like Meena, Khushbu, Keerthy Suresh, Nayanthara, Jagapathi Babu, Prakash Raj, and Vela Ramamoorthy. The film is to be released in Tamil along with its dubbed versions in Telugu, Kannada, and Hindi. The movie is in the pre-production stage and is expected to be out in theatres for Diwali.

The doctor is on the list of Upcoming Tamil Movies in Hindi Dubbed, Sivakarthikeyan. It is an action film related to the medical field, directed by Nelson Dilipkumar and produced by actor Sivakarthikeyan himself. The cast includes Yogi Babu, Priyanka Arul Mohan, and Vinay Rai. The film was originally decided to be released in September of 2021 but was postponed due to Lockdown. Now it is officially being released on the day of Eid.

Indian-2 is among the Upcoming Tamil Movies in Hindi Dubbed, which is a sequel to the 1996 movie Indian. S. Shankar, the director of Indian, is also the director of the sequel. The movie is being produced under a banner of Lyca Productions. Kamal Hasaan and Nedmudi Venu will play the role as in the original film, while new members have also been added to the cast, including Kaajal Agarwal, Rakul Preet Singh, Sidharth, and Bobby Simha.

The shooting of the film is currently delayed due to pandemics and issues in production but has decided to resume shooting soon. Fans are waiting to see the reunion of Shankar and Kamal Haasan after two decades. Hopefully, we can expect the release of Indian-2 by the end of this year.

Dhruva Natchathiram is a spy thriller movie starring Vikram in the list of Upcoming Tamil Movies in Hindi Dubbed. The movie is directed by Gautham Menon and has a great cast, including Vikram, Aishwarya Rajesh, and Ritu Varma. The long-delayed movie is a story of John, a spy who works along with his team in New York to rescue their leader from kidnappers.

The production of the film began in 2016, but the release has been delayed due to several technical and production difficulties. However, Gautham Menon has recently stated that the movie’s dubbing work is to be started in March. The movie can be expected to be released by the end of this year.

Maanaadu is Simbu’s high-budget film with an estimated budget of around Rs.125 Crore. The political action thriller Simbu will play the role of Abdul Khaaliq. Venkat Prabhu is the director and writer of this movie. The cast includes Simbu, S. J. Suryah, Kalyani Priyadarshini, and many others. The budget of the film is estimated to be around Rs. 125 Crores. The Telugu and Hindi versions of the teaser were released during actor Simbu’s birthday along with Tamil. The movie is said to be released simultaneously in all three languages.