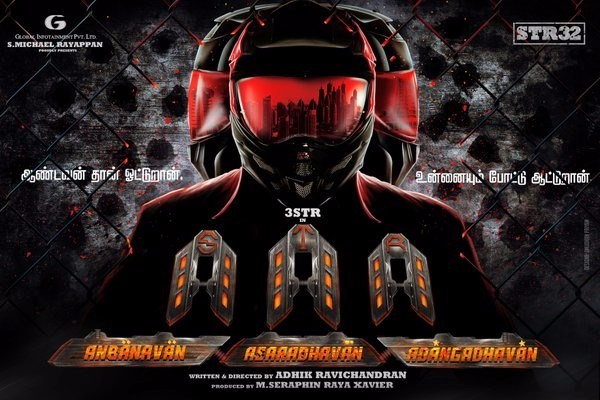 Anbanavan Asaradhavan Adangadhavan is an upcoming Tamil language movie, which star Silambarasan, Shriya Saran, Tamannaah Bhatia, Kovai Sarala, VTV Ganesh, Mahat Raghavendra. AAA is a mass audience action – comedy film directed by Adhik Ravichandran portraying Simbu in 3 different roles. Through the narrative in the trailer, we understand that ‘Ashwin Thata’ portrays Rajniknath’s acting & style.
The two important dialogues that grabs the attention of the viewers are the age old comparison of how TR romances his female lead actresses without even touching them when compared STR openly appreciating a sequence of touch & kiss with his lead actresses. Also, the narrative remodifies the well known dialogue from Rajnikanth’s Padiyappa movie.
The trailer shows Tamannaah falling in love with old ‘Ashwin Thata’ for his machoism and ability to fight against many people. She mimics the characteristics of ‘Ashwin Thata’ to impress & prove her love towards him.
Yuvan Shankar Raja is the music director for AAA and is also back to his trend setting background scores. Krishnan Vasant is handling the cinematography along with editing by Ruben.
Simbu portrays the character being a very good person & helps people when in trouble yet at the same time we are exposed to saying he might be a very evil character by Rajendra. To find out whether he is a good or evil character go watch the AAA movie.