Christmas is the time of joy and amidst all other things, Christmas movies! We are all lovers of such movies. There are hardly few who might not watch Christmas movies. Saying of the movies, it is still one whole month to Christmas, and we already have amazing Christmas movies kicking their way into the streaming channels.

This is the time of year that we all wait for, in all aspects. This time also brings some of the most amazing and joyful movies.

About two years ago, during the same time of the year, we saw Kurt Russell in the heart-stealing family Christmas movie, “The Christmas Chronicles”. The movie is still registered in the minds and hearts of all who have watched it. The reel life Santa was so true to his acting that it was hard to believe that it was just a movie. This November we witnessed the next part of the same movie, “The Christmas Chronicles 2”.

We have all talked about and waited for this movie to come up, and now it is here. It was released on 18th November 2020 in Netflix. This article gives a detailed Christmas chronicles 2 movie review giving light to why this is one of the most amazing movies.

With no spoilers ahead, the plot of the movie is set up during the Christmas season, as the name already suggests.

It shows Kate Pierce, who is now a teenager and going to spend her Christmas with her family. Going along is her new boyfriend, and his son, Jack. They plan on celebrating their Christmas in the lands of Mexico. Kate is not happy about this Christmas holiday and makes a move to run away. However, while she was leaving, Jack, the son of the boyfriend, follows Kate. They end up in the North Pole. This is where Kate is reunited with Santa Clause, and Jake meets the Clause family.

Santa Clause and Mrs. Clause had been threatened by a mysterious elf who seems to be a troublemaker with an obnoxious plan to ruin Christmas. The elf tries to alarm the couple, saying that he would do something that can cancel Christmas now and forever. Kate and Jack help Santa Clause, and Mrs. Clause gets over this threat and revive Christmas again.

About the Movie and Stars 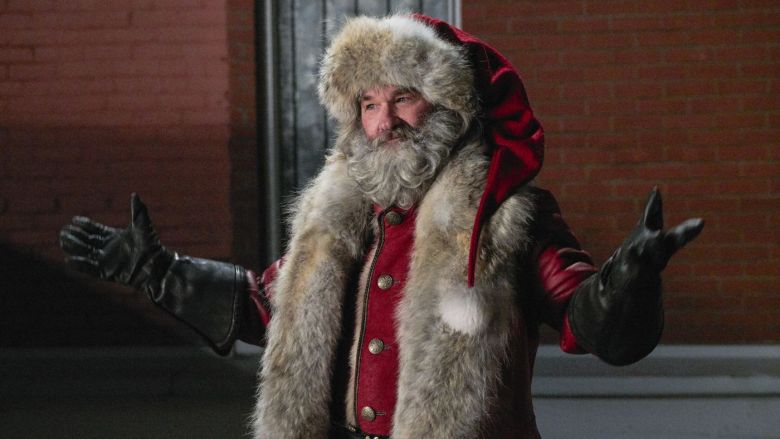 As the Christmas chronicles 2 movie review, the one thing that everyone wants to know is how meaningful the performance by the lead actors in the movie is. There is nothing to set the movie back in this field.

Mrs Clause played by Goldie Hawn was equally stunning. While we had not seen enough of her in the previous movie of “The Christmas Chronicles” movie series, this time she has a significant role. Her warmth is oozing from just the face of the actress, Goldie Hawn. Together with Kurt Russell, she is an amazing person to be paired up with. 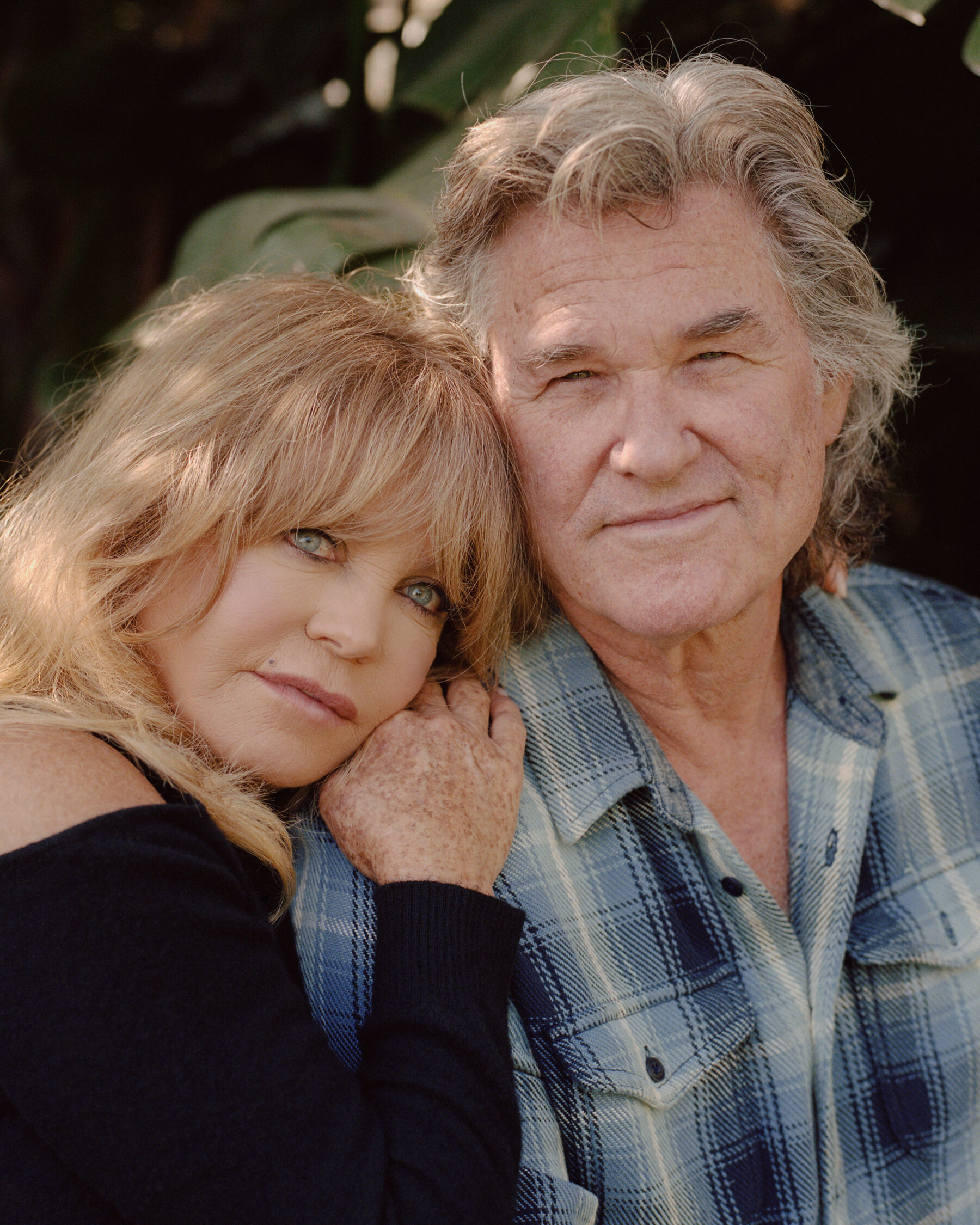 Being a real couple makes Kurt Russell and Goldie Hawn an amazing couple in the reel life as well. Their chemistry is incomparable and beautiful. They seem to the real Claus family.

We also have Darby Camp as Kate in the movie. She has played an amazing role in the movie as the teenager who along with Jack, played by Jahzir Bruno, helps in saving the North Pole and Christmas. The two new addition in the supporting roles is Jack and Kate’s new boyfriend, Belsnickel. Belsnickel is played by Julian Dennison and is great while on the screen.

As seen even in all other the Christmas chronicles 2 movie review together, these actors have brought the entire movie to life this Christmas season.

About The Script and Dialogues

The magic of the movie also lies in the dialogues and the script that was written and well played by these actors. The scriptwriters included Matt Lieberman and Chris Columbus. These artists have shown an immense amount of passion for writing the dialogues and the story. The magical movie can be seen coming to life with these magical dialogues such as “Oh, you’re not dreaming Jack, you’re in Santa’s village – the real one.”

With all such amazing dialogues and a superb script, you are sure to fall in love with this movie instantly. There is so much going on, but at no point will you be confused. That’s the beauty of the writers.

The work by Chris Columbus is hands-off amazing. His way of directing the movie is seen with the evidence of emotions and feelings. The Christmas spirit is dominant in all the characters, even in times of trouble. The work on the CGI of Santa’s Village looks so real that one may think that it was actually Santa’s Village itself. The colors of the Santa world and the elves, everything looks so beautiful.

With the Christmas chronicles 2 movie review above, it is clear that the holiday season and the holiday tradition was shown by the director Chris Columbus in a stupefying way. Looking at it you will be reminded of both Home Alone and Harry Potter.

We all need the Christmas songs and carols. Most us for the entire year to be vibing on these songs and carols. You can have a hint of the carols in the movie and also see the characters tap dancing with joy in it. Be ready for some of the most exciting scenes and cheerful music. It is sure that by the time the movie ends, you would be singing Christmas songs yourself.

The Magic of the Movie: Last Words

Overall, the entire movie is a work of art. It is such a great one because of the collective effort of the entire crew. The music, the direction, the graphics, the writers, and of course the cast and the stars were all so focused that everything seems to come out at the point. It is so magical that the entire movie looks like work done in the wonderland itself. The movie is sure to bring in the belief of the magic of the North Pole again in you.

The joy of the season pours out of the movie. It is definitely one of the movies that should be on your list of must-watch. Be it a kid or an adult; this movie is going to be stored in your heart for quite some time to come. As the Christmas chronicles 2 movie review, finally, you should watch it along with your family and have a cheerful time.

A few things about the movie:

Why Should You Watch The Movie?

The film “The Christmas Chronicles 2” is worth the watch. You can have a view of the original in this part. It movie is bound to evoke your Christmas spirit and believe in miracles again. This is a great family film, and you will love to watch it with your children or your parents.

The Santa Clause and Mrs Clause in the movie feels so real that it makes their characters come to life. Even the supporting characters and the ones in the roles of the children are so fascinating that you might feel amazed by them.

Altogether, as this review suggests, the movie is worth the watch. You might also end up watching it again and again, just like the first part of the film. 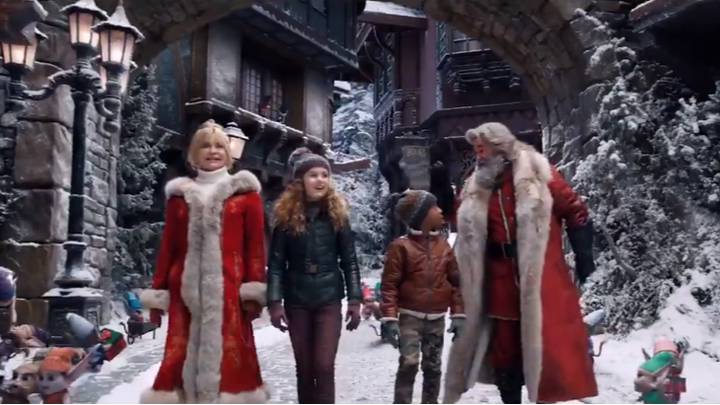 One of the critics from Thrillist, Emma Stefansky, wrote in her the christmas chronicles 2 movie review that the performance by Hawn and Russell was really good. She says that they were so cute together that it could a hard time believing that they are not actually Santa Clause and Mrs Clause.

Another review is by Randy Myers in the Mercury News saying that the direction by Chris Columbus takes over the reins. The cheesy effects that the director has made into the movie does not let go of the exciting work that he has done. Not only does Columbus makes this movie an amazing one, but he also revisits the origins of Santa.

A critic from The List, Emma Simmonds, in her the christmas chronicles 2 movie review mentions how crowd-pleasing the movie is. She also points out how enjoyable the film is with Russell and his sexy take on the character of Santa.