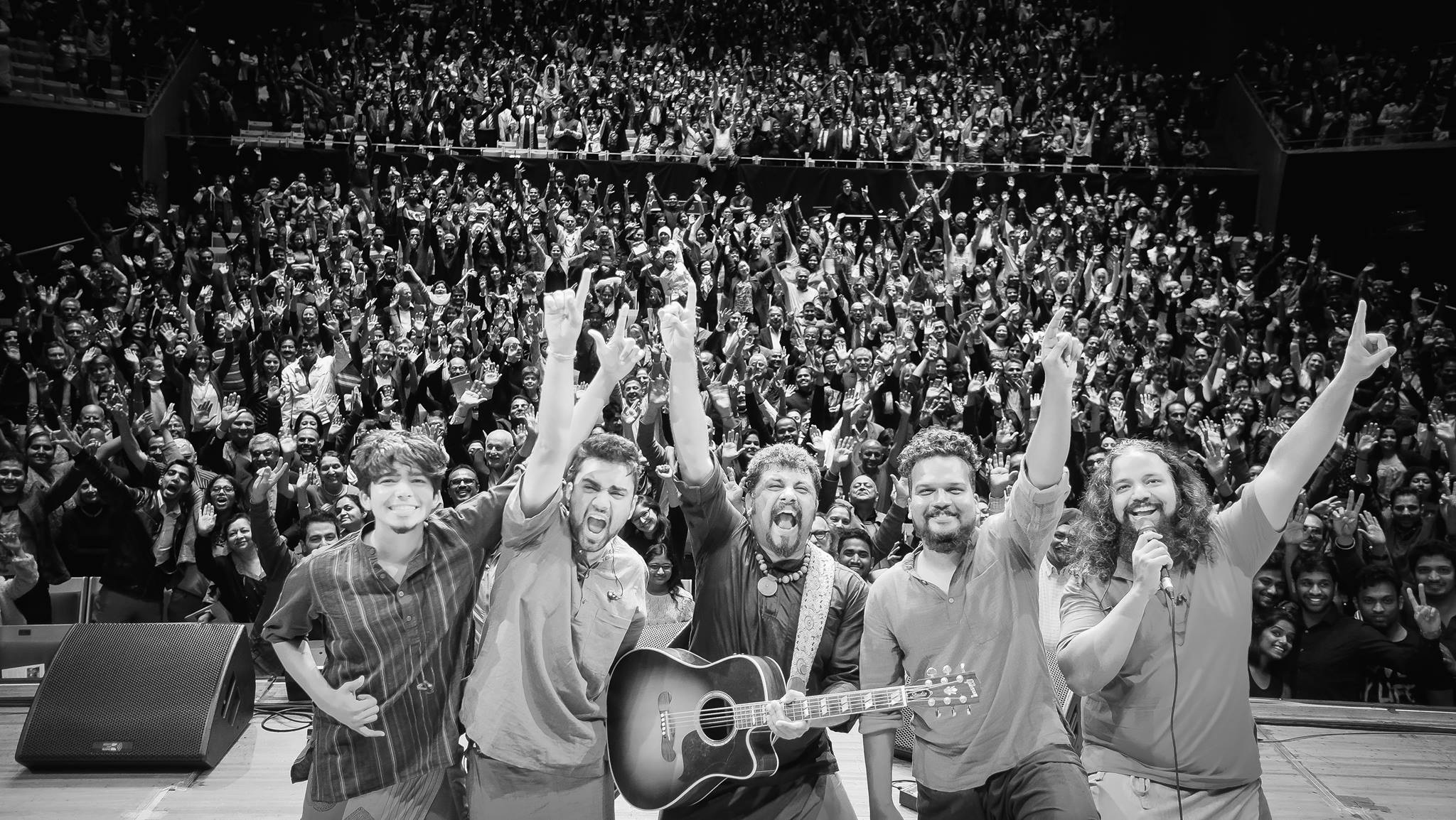 We’ve compiled a list of South Indian bands that play regional music. In a country, where every movie is a musical, and everyone is a fan of Michael Jackson, these bands have managed to produce Independent music in regional languages, and emerge as winners.

Thaikkudam bridge is very popular in Kerala and Tamil Nadu. This Kerala-based-band was formed in 2013 by cousins Govind Menon and Siddharth Menon. Today, a number of talented artists are part of the band.  They used to perform in a show called Music Mojo, telecast on Kappa Tv. Their song “Fish Rock” catapulted them to fame. They are not limited to creating music in a specific genre. This band has fans throughout the world.

Agam is a contemporary Carnatic progressive rock band, based in Bangalore. The band was formed in the year 2003. The word “Agam” means “inner self”. Their album “The inner self awakens” was a massive hit. The band delivers traditional Carnatic music with a dash of rock music.  The band currently has seven members. The songs by Agam, are appreciated by people of all ages.

Namma Ooru Boy Band is a band that does tasteful videos. It was formed by Josh Vivian. He is a songwriter, singer and music director. The best part about Namma Ooru boy band is that every song of theirs includes different musicians and artists. This brings along a whiff of freshness. This band is very popular among college-goers.  They’ve worked with the likes of Chinmayi Sriprada, Karthick Iyer, and other popular singers. They also put in a lot of effort, to create visually stunning videos.

Hiphop Tamizha is a Chennai based musical duo that has delivered some smashing numbers. The team consists of Adhi and R.Jeeva. They are the pioneers of Tamil hip hop music. Their first commercial success was “Club le Mabbu le” in 2011. The song was a big hit, but it was condemned by several organizations, for its controversial lyrics. They officially announced themselves as a band, in2012, and released India’s first Tamil hip hop album “Hip Hop Tamizhan”. Though they are independent musicians, they have also worked in a number of movies. The “Takkaru Takkaru” song by Hiphop Tamizha triggered a lot of youngsters to take part in the protest against the ban on Jallikattu.

The Raghu Dixit Project is a popular contemporary Indian folk band that has played across India. They have also toured a number of countries, and have played in several music festivals across the world. The front man Raghu Dixit is a singer, songwriter, and producer. The band is popular for presenting ancient Kannada poetry with contemporary sounds, and appealing music. Their band has featured in some of the best shows about music, including BBCs “Later with Jools Holland”. Raghu Dixit also works as a music director in movies.

Jhanu is a Tamil rock band, that blends modern rock with the aesthetics of poetic Tamil. This band was formed by brothers Jhanu Chanthar and Udhay Bharath for a walk-in competition. They have performed across all major fests in South India. They released their first single in July 2013. Their popularity soared after performing in Kappa TVs Music Mojo. All their compositions are unique and original. Jhanu Chander collaborated with Santosh Narayanan to compose music for Rajinikanth’s “Kabali”.

Avial is a Kerala based band that blends Malayalam poetry with Contemporary Alternative Rock Music. Avial has fans across the globe. The Avial team members worked in other bands before they came together to form Avial. This gave them an advantage over the other amateur bands when they were formed. All the members have an in-depth knowledge in music, and experience working across different musical genres. It is one of the most sought-after Indian bands. Avial is a national phenomenon that has managed to break language barriers, in this highly competitive industry, redefining alternate Malayalam rock music.

Peepal Tree is a Bangalore based band that has played over 1500 concerts globally. The lead guitarist Tony Das is also part of Bhoomi, a very famous heavy metal band, He has played in India, UK, and the Middle East. He has also worked in Bollywood movies. Willy Demoz, the drummer of this band was part of The Raghu Dixit Project. All the band members have years of music experience. The band primarily produces Kannada and Hindi songs. They also create mainstream music for movies.

This Kerala-based band plays Indian folk. According to their facebook page, Vidwan is an initiative to present music with no boundaries, and a platform for the band to bring together their collective influences from all over the world and manifest it in music. This band derives its influences from Carnatic, Hindustani, Jazz, Hip-Hop and Electronic music. All the band members are experts in different genres of music, and the variety brings vibrancy to the music they create.

Swarathma is an Indian folk/fusion band based in Bangalore. The band blends Indian classical music and Folk music with Blues rock and Reggae. They are known for their highly vibrant live-acts. They released their first album in 2009, and in 2012 they highly acclaimed “Topiwalleh” was released. They have performed in countries like Singapore, Hong Kong, and Australia.