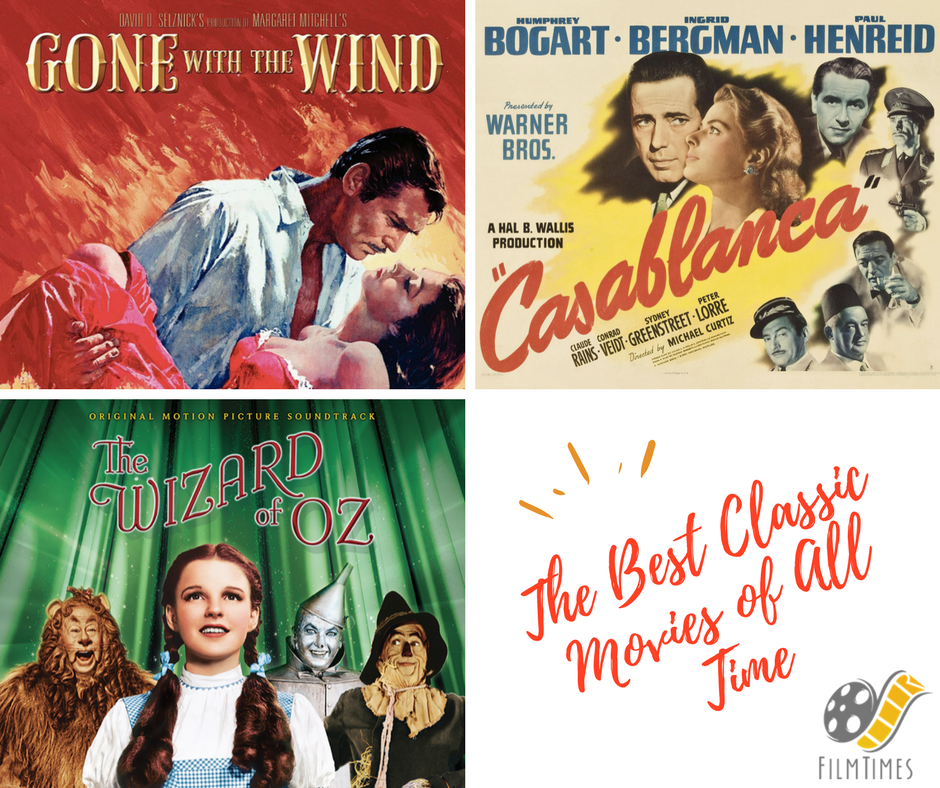 The Best Classic Movies of All Times – Hollywood

Every Year, Hollywood has an abundance of releases. You will find various type of genre in Hollywood movies. They have jazz, classical, animated, comedy, romantic-comedy and many more. Every fan of Hollywood classic would spend the weekend binge-watching their favourite classic movies. There are several of classical movies which are released every year and would have won Oscars too if they had released today, but only a few leave their impact on us forever.

I am a huge fan of Hollywood classics and so I have decided to talk about three of my favourite all-time classic Hollywood movies. I highly recommend you to watch it. 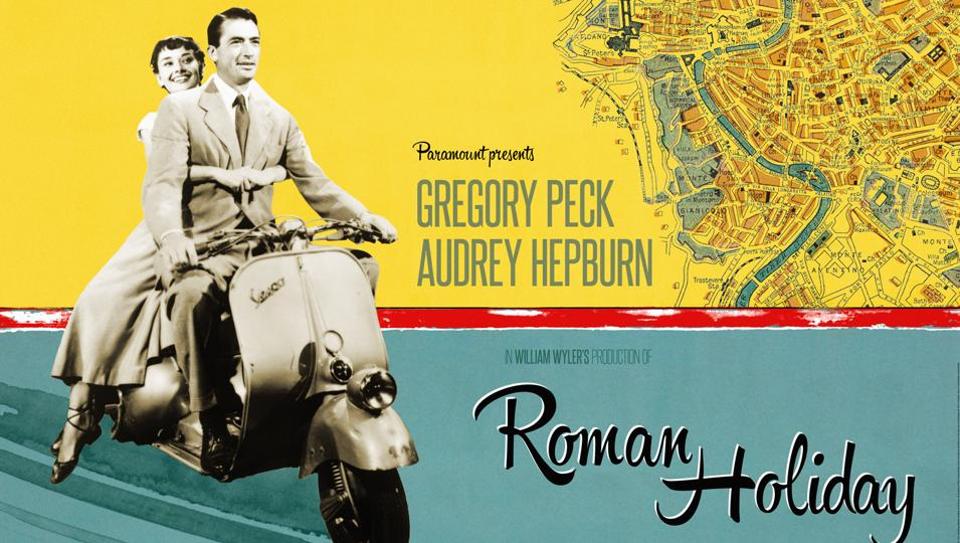 Audrey plays the character of Ann (A Princess) and Gregory plays the character of Joe Bradley who’s an expatriate reporter for the American news service.  Roman holiday revolves around Ann and Joe. Ann visits the City of Rome but is really frustrated because of her tight schedule and so she decides to secretly leave her palace without informing any of her officials. Ann is found by Joe on a bench where she is not in her senses because of the sedative effect. Joe doesn’t recognise Princess Ann and he offers her some money for her survival.  Joe takes Ann to his apartment for the night.

The next morning Joe leaves for his work in a hurry and gives his boss all false details about his interview with the Princess. Joe, later on, comes to know about the person who is staying with him in his apartment is the Princess and promises his boss for a special interview with Ann. Princess denies to spend the day with Joe and wants to enjoy her freedom in Rome.

Joe along with his photographer friend accidentally meets the Princess at the Spanish Steps where Ann agrees to see Rome with them. Irving clicks pictures of Ann and Joe for proof. All three of them get caught by police where the Princess comes to know the real identity of Joe and Irving when they show their Press Pass. On the same night, the Government tracks the Princess on a boat. Ann takes part in a fight where Joe falls in the river and she jumps in too to save him. She realises her love for him, but the police arrests Joe after saving both of them.

Ann resumes her work as she realises her duty and in one of the press conferences, Joe and Irving meet Ann again where they give away all the photos that they had taken with her. Joe walks away alone. 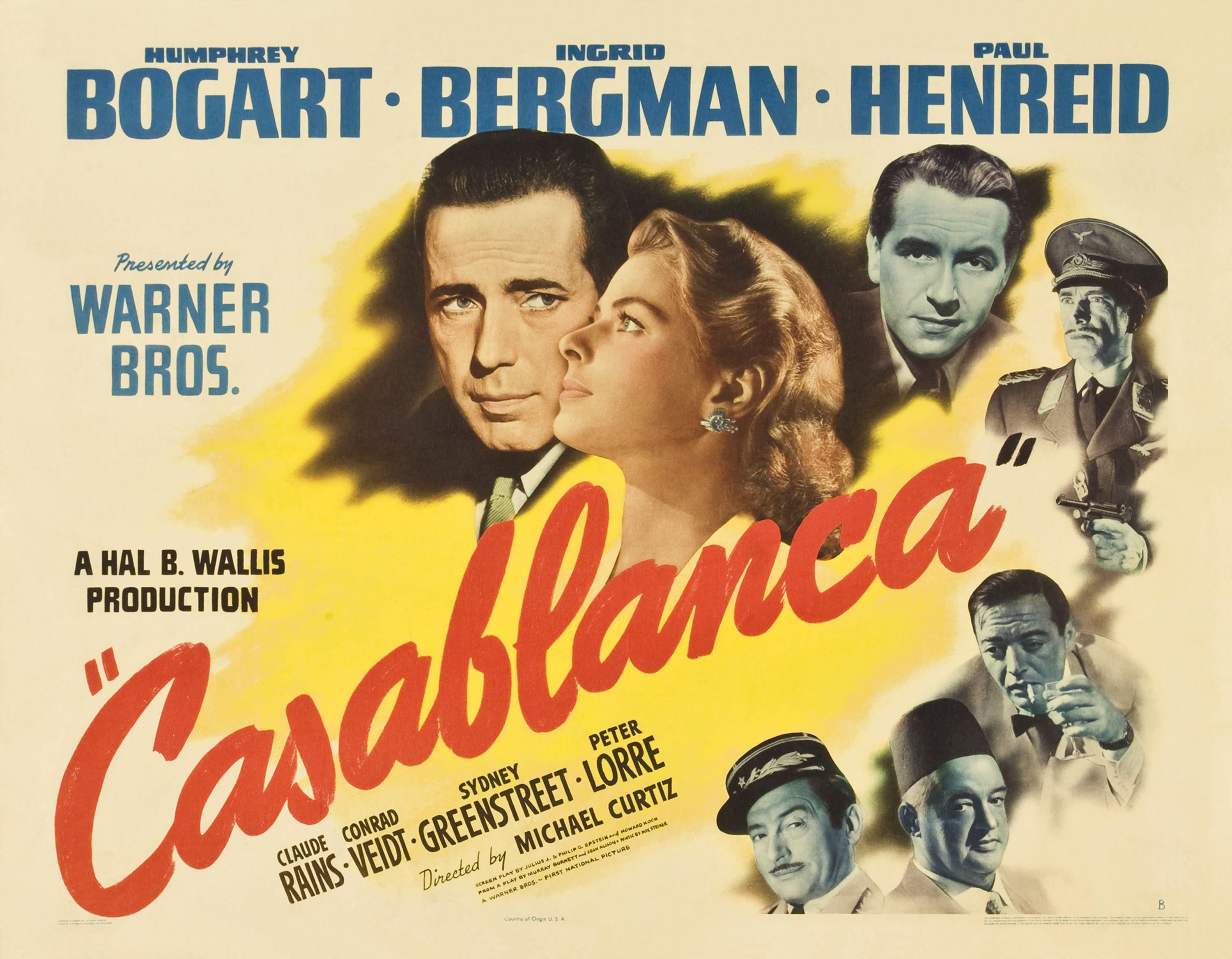 Casablanca is an American romantic drama film which was released in the year 1942. Casablanca is based on a play called “Everybody comes to Rick’s”. The movie was directed by Michael Curtiz.

Humphrey Bogart, Ingrid Bergman, and Paul Henreid are the main stars of the movie. Casablanca was produced by Warner Bros production.

An American citizen Rick Blaine owns a nightclub and gambling casino in Casablanca. Being an upscale club it attracts all high-profile clients and the German officials too. This movie is based on America’s war with Italy. Rick runs to Ethiopia and is on the loyalist side. Mr. Ugarte obtains letters of transit and asks Rick to sell them in his club as they were priceless for all the refugees those are stranded in Casablanca. But before all this could happen, Ugarte gets arrested by the police under the command of Captain Renault. Ugarte dies in police custody but doesn’t reveal that Rick has the letters of transit.

Rick accidentally meets his former love Isa who is now married to Victor, a Czech Republic leader who desperately needs those letters for them to continue their work in America. Victor suspects Rick to have those letters and wants Isa to find about the letters from Rick.

Isa confronts Rick, but he refuses to give the letters. That is when Isa confesses that she still loves Rick and she believes that her husband is involved in some conspiracy against Casablanca. They get Victor and his team arrested under the command of Captain Renault. Rick and Isa find their love again in each other. 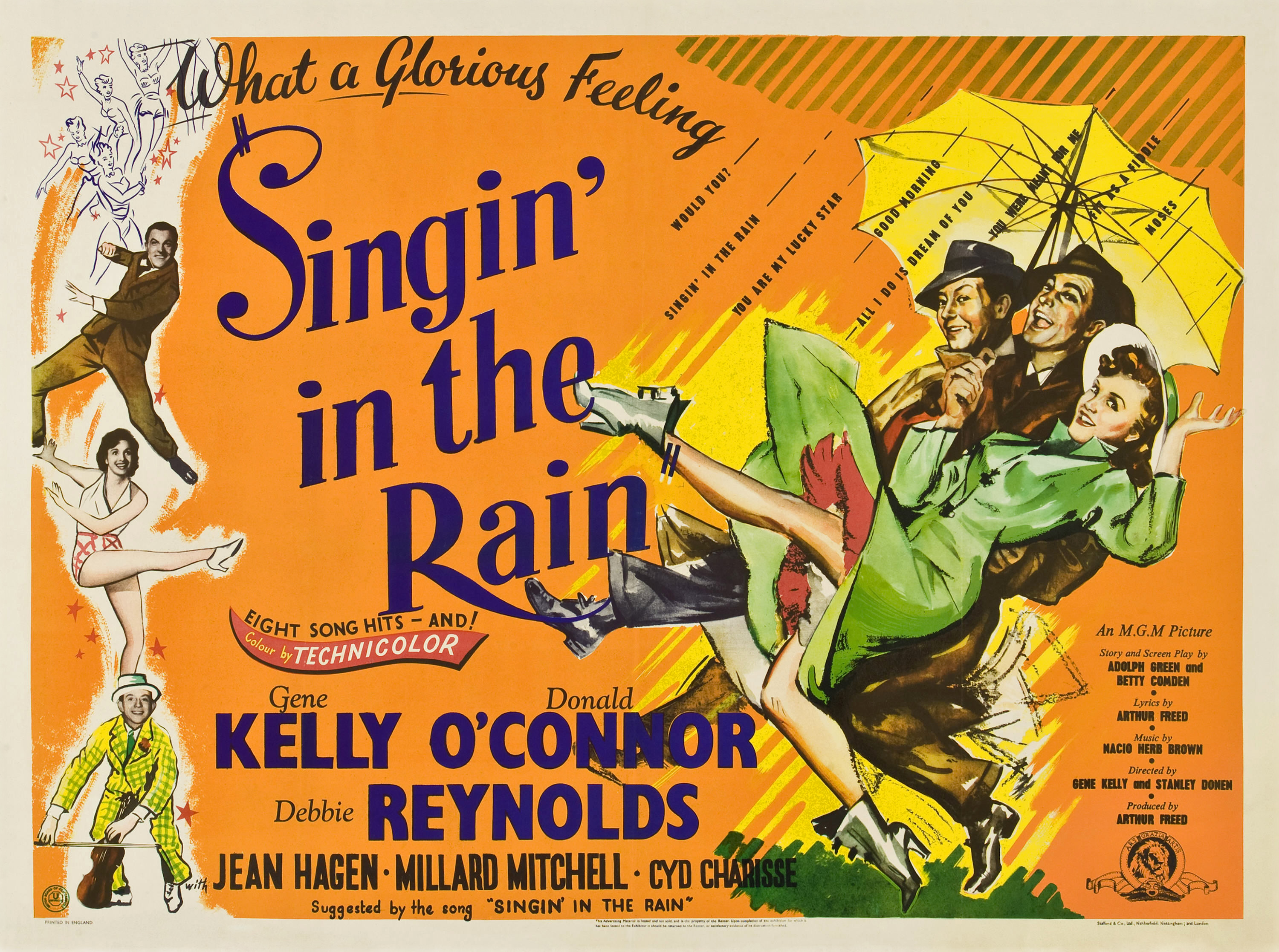 Singin’ in the rain was made in the year 1952 by Gene Kelly and Stanley Donen. This is a musical romantic comedy film starring Kelly, Donald O’Connor, and Debie Reynolds. Singin’ in the rain has been one of the finest classic movies ever.

Gene Kelly plays the character of Don Lockwood who is a popular singer, dancer, and actor but with humble roots. Don barely tolerates his girlfriend (Lina who is played by Jean Hagen), who have been linked together for the commercial success of their movie, though Lina is convinced that they are in love.

At the premiere of his new film, Don meets and greets his fan where he gets caught in his own contradictory statement, but to save himself from this, he jumps into a passing car which is driven by Kathy (Debbie Reynolds). Kathy tells Don about her passion for theatre and acting.

Later that night, a small clip of Lina and Don’s movie was shown to the audience which left them unimpressed. Kathy was also present in that party where she has been insulted by Don. She throws the cake at Don but it falls on Lina’s face. Don searches Kathy for weeks later to find out that she is a huge fan of his work.

Don, Kathy, and Cosmo come up with an idea to making a musical movie called the Broadway Melody. When Lina finds about Kathy and Don making a movie together, she becomes furious; she somehow convinces to play the lead of the movie and Kathy only giving her voice for Lina. Kathy works hard without getting any appreciation. The music becomes a huge success. The audience wants Lina to sing live, but she fails in that. Don reveals to everyone that Kathy is the star of Broadway melody.

Don and Kathy have a happy ending and they star in their new movie called singin’ in the rain.