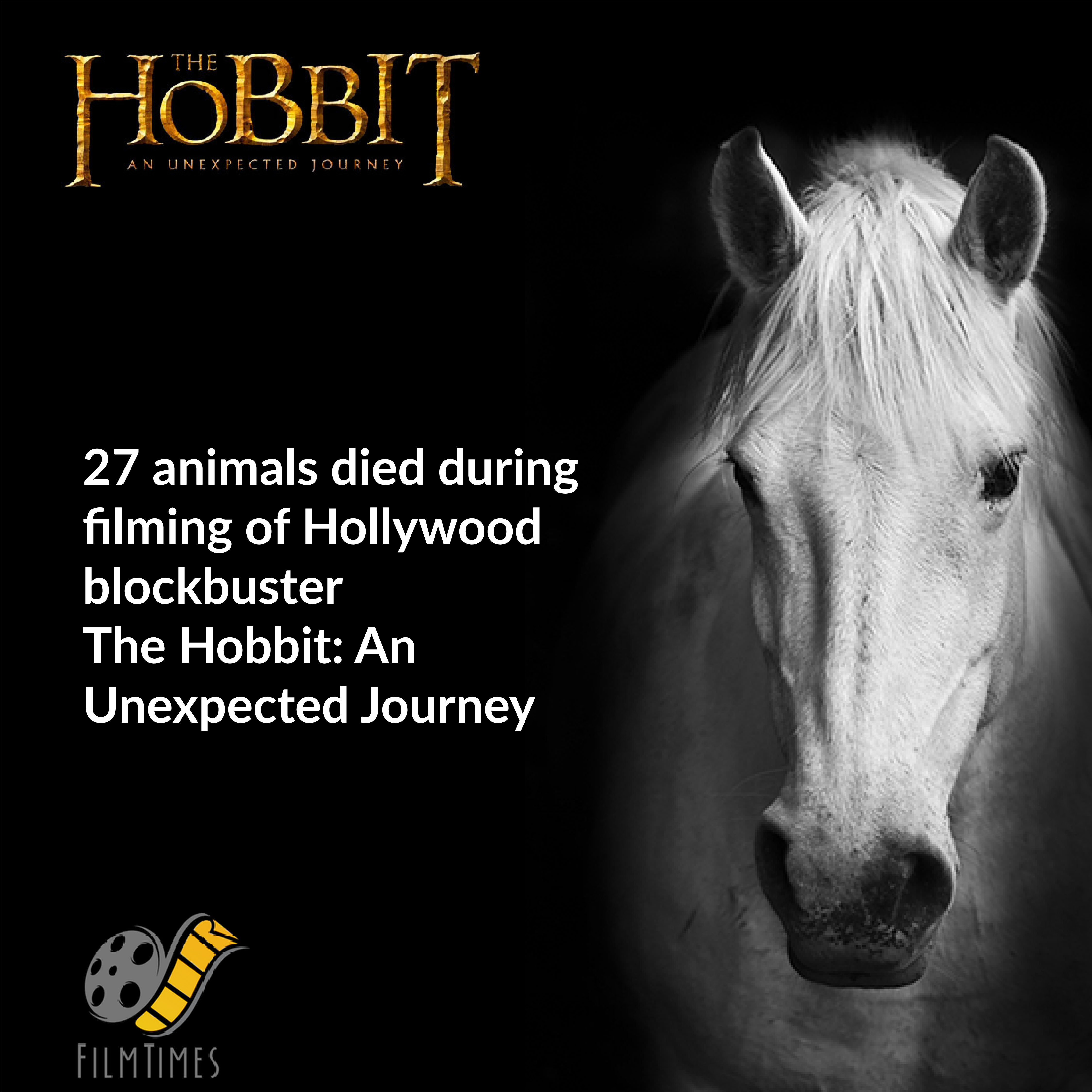 All you animal lovers out there, don’t you love watching every movie that has some connection with animals? Well, I think this article is going to break your heart. Isn’t it very comforting to see the post-credits pledge because you know you can go home in peace as you know that no one has killed Tom Hanks’s dog or Kevin Costner’s horse? But after the publication of a report which clearly and directly claimed about animal cruelty in Hollywood, I’m sure no one is anymore going to believe the disclaimer “no animals were harmed” because that now has just become a slogan and nothing more. In some of the biggest blockbusters, a number of animals were either killed or injured during the making of the movie, which includes, The Hobbit: An Unexpected Journey and also Life of Pi. There was another drama of HBO “Luck” which was canceled because four horses died during the making.

The report by The Hollywood Reporter created a stir in the media and in the viewers because they accused the American Humane Association (AHA) who is the issuer of the credit “no animals were harmed” for issuing the credit to these movies mainly because they not just failed in protecting the animals on set but they also covered up those lapses for the movie makers. Remember Richard Parker, the famous Bengal tiger that played the circus animal in Life of Pi director by Ang Lee? Well, we loved his performance, did we not? But did you know that the tiger almost drowned in the water tank sequence that was shot in Taiwan? According to the report, the animal was dragged to the corner of the tank with the help of a catch rope! Yes, cruel, isn’t it? To add to it, this Oscar-winning film did receive its “no animals were harmed” stamp despite the officials witnessing the incident. Don’t believe us? Well, read on then.

A representative for the American Humane Association, Gina Johnson, had written an email to her co-worker in 2011 about the mistreatment of the tiger. Here are a few parts of the email: “This one take with him just went really bad and he got lost trying to swim to the side. Damn near drowned,” she wrote. “I think this goes without saying but don’t mention anything to anyone! Especially in the office. Have downplayed the fuck out of it.”

Coming to The Hobbit: An Unexpected Journey, the report also claims that, the AHA had royally neglected the animal cruelty that took place during the making of the film in New Zealand. There were 27 animals that were harmed including sheep and goats. The charm of this is that AHA officials were informed about this mishap by an animal trainer but the response received was that they cannot investigate due to the lack of evidence. It doesn’t end there, the trainer replied that he is good evidence as he himself buried the animals and he could show them the exact location as he knew the location. The response will throw you off guard as the representation replied that they cannot officiate this as the deaths had taken place off-set and not on-set.

If you notice it, the smart people changed the credits later on to “monitored all of the significant animal action. No animals were harmed during such action”. Safe, isn’t it? Post the allegations and the report, the AHA denied it by saying that they are responsible for an animal’s welfare while it was on a film set.

To quote them – “Far from allowing abuse or neglect to occur, we have a remarkably high safety record of 99.98 percent on set,” the AHA said. “Despite our best efforts, there have occasionally been rare accidents, most of them minor and not intentional.” Dr. Robin Ganzert, the chief executive of the AHA, said: “We do not have either the jurisdiction or funding to extend oversight to activities or conditions off set or before animals come under our protection. There are too many incidents off the set and this must stop. It is vital that we work with the industry to bring the kind of protection we have for animals during filming to all phases of production.”

So that’s the other side of the reality of Hollywood and we are sorry to kill your buzz about loving The Hobbit.