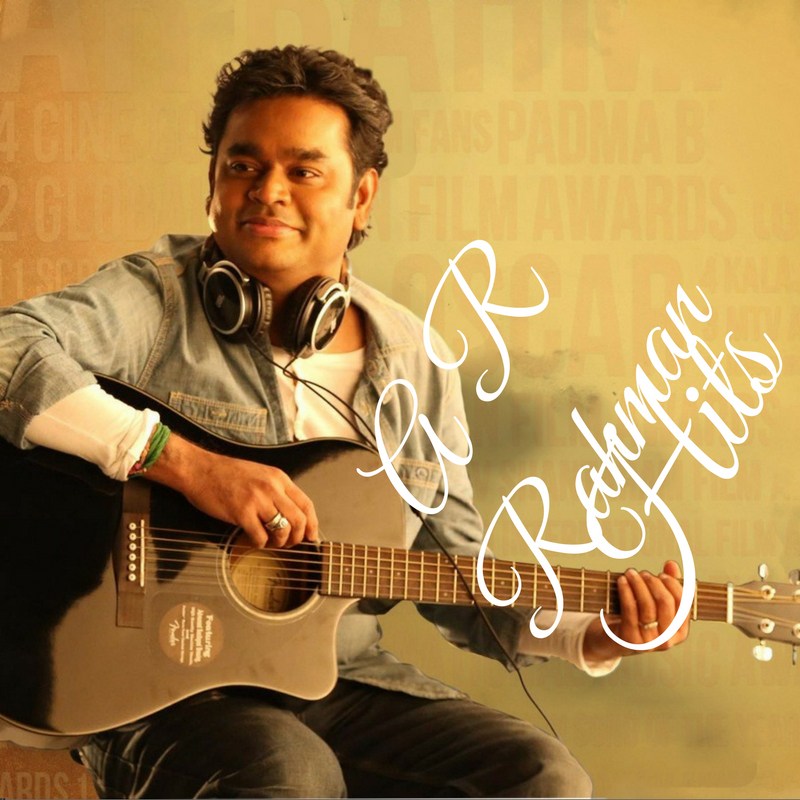 The Mozart of Madras, A.R. Rahman has worked with director Mani Ratnam for 25 years now. From Roja to Kaatru Veliyidai, this power duo has created quite a stir in the musical world. It was Mani Ratnam who introduced this legend in 1992. ARR needs no further introduction. Here are some of the astounding albums this composer-director duo gave the world-

Roja changed the face of music in India. It was A.R. Rahman’s debut movie album. Hariharan who lent his voice for the first time in Roja is now a singer that all singers look up to. This album released in 1992. It was listed in the “Time Magazine Top 10 Soundtracks of All Time”.

Chinna China Asai– When Roja was released; Chinna Chinna Aasai was an instant hit. It sounded nothing like any piece of music ever heard before. It was one of the best songs in Minmimi’s singing career.

Rukkumani Rukkumani– Rendered by S.P Balasubramaniam and Chitra, is an interesting and pulsating song. It opens with the voice of an old lady followed by the voices of the lead singers.

Thamizha Tamizha-It starts off on a soft note but changes pace as the song proceeds. The orchestration is interesting. It is a highly positive rendered by Hariharan.

Pudhu Velai Mazhai– The vocals were sung by Sujatha and Unni Menon. Sujatha sang the high pitched parts. Their voices, the instrumental interludes, and the cinematography are some of the factors that make this song endearing.

Kadhal Rojave– It is a lovely song that brings out the emotions of the protagonist stuck in solitude. The song alternates between high notes and softer tones.

Raasathi– It is a chorus acapella song. Acapella is a song that does not include instruments. Shahul Hameed rendered this song. His voice along with that of the chorus female singers creates magic.

Konjam Nilavu– It is a heavy metal song. The high octave vocals by Anupama is the backbone of the song. The high pitch parts in this song, are “wow” worthy. It is a unique composition. The music, voice, cinematography and picturization make this a power-packed song.

Veerapandi Kotaiyile– It is a mindblowing song that went on to become a massive hit. Mano’s strong vocals along with Chitra’s sweet-toned voice and the composite orchestra make this song instantly likable.

Kannum Kannum– Released 24 years ago, this song could still pose a challenge to the current crop of songs. The powerful lyrics by Vairamuthu, the unpredictable beats, guitar sounds, and chorus vocals make this song magical.

Putham Pudhu Bhoomi, Thee Thee and the Thiruda Thiruda theme are the other musical pieces in this album. This is one of the early albums that used contemporary music in movies.

Dil Se proved that A.R. Rahman was a legend in the making. This album was released in 1998.

Chal Chaiyya Chaiyya – The percussive beats coupled with the amazing voices of Sukhwinder Singh, and Sapna Awasthi make this piece danceworthy. It was listed in BBCs Top Ten Songs of All Time, in 2003.

Jiya Jale– Swooned by Lata Mangeshkar, this song had all the Tamil and Hindi speaking people singing Malayalam lines.

Dil Se was sung by the Mozart himself. Eh Ajnabi, and Satrangi Re are beautifully composed songs. All the songs are rightly placed, and go well with the movie. This proves how well A.R.Rahman visualizes the depth and importance of the scenes in the movie, and composes music accordingly.

This album was released in 1995. A.R Rahman’s track was an important factor that made Bombay, an astounding movie.  Kannalane (Kehna Hi Kya) and Humma Humma are songs that the young kids of these days know. It is noteworthy since the movie was released 22 years back. The theme music of Bombay is one of the most beautiful instrumental pieces ever created. It was even used in Andrew Nicol’s “Lord Of War”. Tracks from Bombay featured in The Guardian’s “1000 Albums to Hear Before YouDie”, and “1000 Songs Everyone Must Hear”.

This album was released in 2012. The album was a huge hit.

Chithirai Nila–  Rendered by Vijay Yesudas, the mood of the song moves from a soft tone to an uplifting one It is backed by percussions.

Nenjukkule–  This song was sung by Sakthisree. Both, the live version, and the studio version were well received and appreciated by the audience. It was a huge hit.

Magudi Magudi–  It is a pacy number that has a dark tone associated with it. It gels with the mood of the scene.

Elay Keechan– This chirpy song was sung by A.R.R. It was backed by a brilliant chorus team. Elay Keechan bursts with energy.