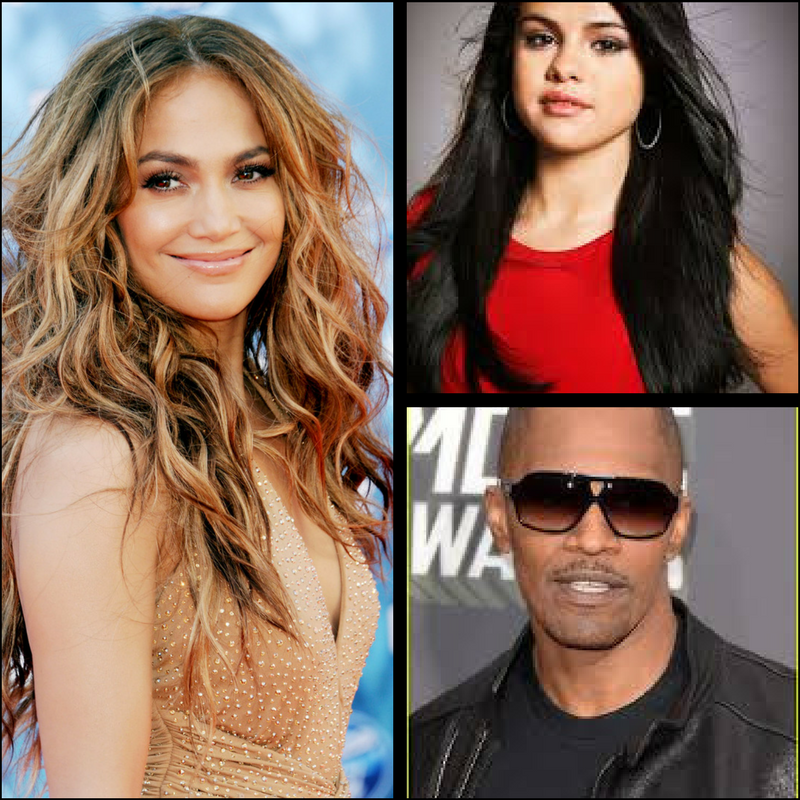 We are presenting you with a list of Hollywooders who are not just amazing actors, but are also great singers. A lot of actors have tried their hand at singing, but only a few have succeeded. These powerhouses of talent have made a mark in both the worlds. Isn’t it amazing to have a stunning singing voice that compliments great acting? Here’s our list of Hollywood actors turned singers-

This 47-year-old is a singer, actress, dancer, producer, author and fashion designer. She started off as a Fly Girl in 1991 and started acting later. She played the lead role in the movie, Selena. Selena was a biopic of the popular Latin singer Selena, who was killed by a fan.  This movie was instrumental in letting the world know that Jennifer is not just a good actress, but also a great singer, and dancer. Her performance in the movie fetched her a Golden Globe nomination. She released her first song “If you had my love”, a couple of years later. This song earned a spot on the US Billboard Hot 100, and she was the second actress to top the list for a debut song, the first being Britney Spears. She subsequently released her album “On the 6” which went on to become a hit. This led to the birth of pop star Jennifer Lopez. She continues to act, sing and produce shows.

The 49-year-old singer Jamie Foxx is multi-talented. He is an actor, comedian, producer, singer and songwriter. He won several awards for his portrayal of Brother Charles in the movie Ray, in the year 2004. The awards include an Academy Award, a BAFTA Award, and a Golden Globe Award. Ray Charles aka Brother Charles was a visually impaired musician and composer who created soul music in the 1950s. He collaborated with Kanye West to create “Gold Digger”. His Charles Ray inspired the song “I got a woman” directly made its way to the number 1 spot on the US Billboard Hot 100, and stayed there for around 70 days. He has released 5 albums till now. All his albums have been smashing hits. He beautifully balances his acting and singing careers.

The 30-year-old Lindsay Lohan is an actress and singer. She started modeling when she was just three years old. She did a string of Disney movies including The Parent Trap, Freaky Friday, and the Herbie series. She also starred in Mean Girls in 2004. By 2005 she had become an idol that teenagers looked up to. Her pictures were splashed on the newspapers almost every week, and her popularity soared. Lindsay Lohan recorded a few songs for her movies before she formed an alliance with Casablanca Records to release two albums. Her debut music album Speak was released in 2004. 4 million copies of Speak were sold throughout the world. Her album A Little More Personal (Raw) in 2005.  In 2008, she released her single “Bossy” which topped the Billboard Hot Dance Club Party Chart.  Despite the success of her albums, Lindsay’s singing career did not move further. In a couple of years, she shed her teen girl image and moved on to portray more serious roles in her movies.

The 29-year-old Hillary Duff is an actress and singer. She started taking lessons for acting when she only 6. She featured as Wendy in Casper meets Wendy in 1998.  She played the main role in the show Lizzie McGuire from 2001 to 2004. She released her first album Santa Claus Lane in 2002. Her second album Metamorphosis released in 2003 held the number 1 spot on Billboard 200. She acted in movies such as Agent Cody Banks, A  Cinderella Story, Cheaper By the Dozen 2 and The Perfect Man. She also released quite a few albums when she was at the peak of her acting career. The albums include Hillary Duff (2004), Most Wanted (2005) and Dignity (2007).  Her first book Elixir released in 2010 became a best-seller. She released two other books, Devoted in 2011 and True in 2013. erHHklnmklml

She has sold more than 15 million records throughout the world. She features in mainstream movies, and television shows.

The 24-year-old Miley Cyrus is a singer, songwriter, and actress. She starred in Doc and Big Fish as a child artist.  Her role as Miley Stewart in the popular Hannah Montana series gained her immense fame and recognition. She played the role of a young singer who does not want her profession to affect her school life. Her father Billy Ray Cyrus, played the role of her dad in the series. The series was well-known in every corner of the earth. Like several other Disney Stars, Miley signed a contract with “Hollywood Records”. She debuted with the album Meet Miley Cyrus in 2007. She featured in the movie Hannah Montana: The Movie. She released her fifth album Miley Cyrus & Her Dead Petz in 2015. She broke off from her trademark pop music and experimented with psychedelic music in this album.  At the age of 24, she had already earned $360 million. She was listed as one of the most influential people by the American Magazine, Time, in 2014.

This 24-year-old is an American actress and singer. She appeared as a child actress in Barney & Friends. Her role in the Disney series Wizards of Waverly Place aired from 2007 to 2012 catapulted her to fame. She became a popular face among the youngsters. She appeared in several movies and television shows. Some of her famous movies are Another Cinderella Story (2008), Ramona and Beesuz (2010), Monte Carlo (2011), and Hotel Transylvania (2012).She signed up a contract with Hollywood Records in 2008 and formed her pop-rock band Selena Gomez & The Scene. She released her studio albums, Kiss & Tell (2009), A Year Without Rain (2010), and When the Sun Goes Down (2011). Her single “Come & Get It” in 2012 made it into the top 10 singles on Billboard Hot 100.In 2008, Selena Gomez started her production company, July Moon Productions. She served as an executive producer for the miniseries 13Reasons Why. She released two solo albums in 2013, and 2015 respectively.

These kinds of talents are not restricted to Hollywood. Our very own Bollywood has a fair number of actor-singers. Click here to find more about Bollywood actors who sing.