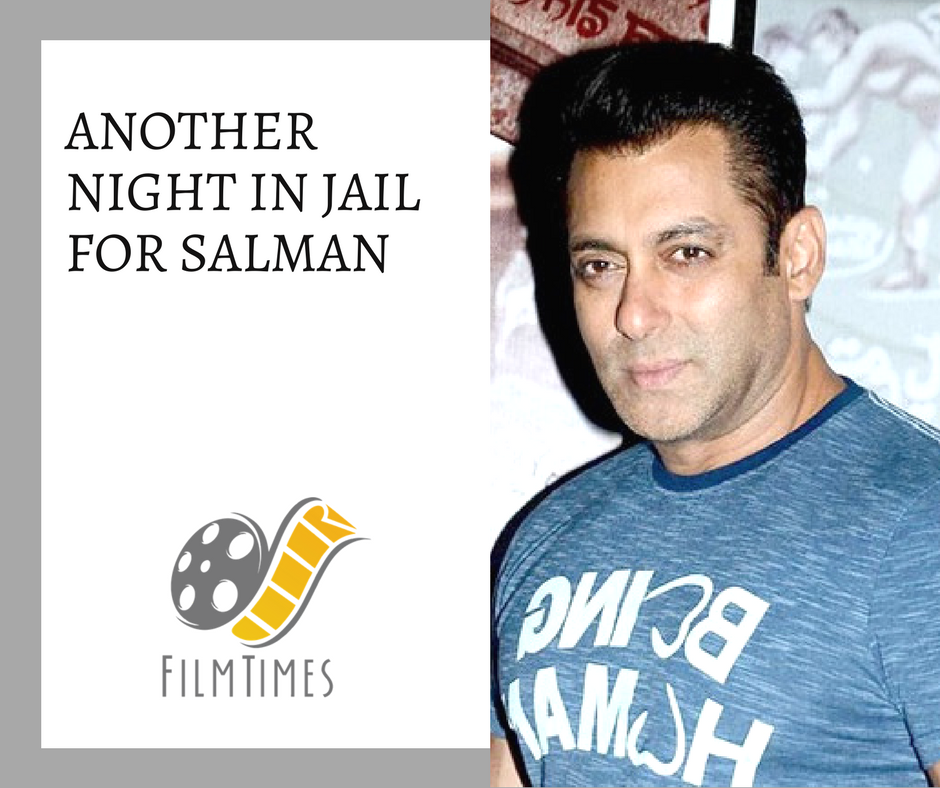 The Friday, 6th of April 2018 was crucial for Bollywood’s favourite Star Salman Khan as the bail hearing was set to take place at 10:30 AM in the Sessions Court in Jodhpur.

Yesterday millions of fans were shocked and devastated after the Jodhpur Court’s Verdict stated that their favourite Superstar was held guilty in a 1998 blackbuck poaching case and has sentenced the actor to five years imprisonment at the Jodhpur Central Jail along with a fine of Rs.10,000. Earlier to this, the Court acquitted Salman Khan’s co-actors Saif Ali Khan, Tabu, Neelam, Sonali Bendre and the others who were also accused of the same blackbuck poaching case, as the eyewitness Poonamchand Bishnoi from the Bishnoi Community, failed to identify any of them.

The Actor was taken for medical examination before proceeding to Jodhpur Central Jail on Thursday, as the Actor had blood pressure issues which were declared normal after the medical tests. The actor shared the cell close to Godman Asaram Bapu with tight security around the cell. There are reports stating that no special treatment was offered to the actor and was treated the same as the other prisoners in the jail. Reports also state that the Actor has not eaten anything post the Verdict on Thursday.

After the arrest, Salman’s lawyer had issued a statement where he said that they respect the decision of the Court. But while they studied the judgement it came to their surprise, that the entire investigation and facts of the case were the same as those for which Salman was acquitted by the High Court of Rajasthan in the previous two Court session for the case and also in the Arms Act matter for the alleged offence on the very same night, as the subject matter is the same for the present case too. Also, the Court has acquitted all the co-stars accused along with Salman which implies that he was alone hunting in the forest in the middle of the night outside Jodhpur in a remote forest. He also informed that an appeal has been raised to the Hon’ble Sessions Court and have applied for an urgent hearing. After which The Hon’ble Sessions Court announced that the appeal for suspension of the sentence/bail will be heard at 10:30 AM on the 6th of April 2018.

Salman has denied the allegations of shooting the blackbucks and has appealed for a bail in a higher court. The hearing of the same was to take place today, the 6th of April 2018 at 10:30 AM. Salman’s close family members had joined him on the court during his legal troubles.

Reports say that the Jodhpur court has reserved its bail order on actor Salman Khan’s bail plea till 10: 30 AM on Saturday, the 7th of April 2018, as the Rajasthan High Court has discarded the argued circumstances the Trial Court relied upon. Salman Khan’s lawyers are asked to produce the relevant documents in the Jodhpur Court on Saturday as ordered by the Judge.

This means that the Actor has to spend one more night at the Jodhpur Central Jail.

The Bollywood Star’s family, fans, well-wishers and the film fraternity are standing by the actor during his legal troubles and are hoping that the Actor’s bail plea will be accepted soon and that the Actor can return home at the earliest.