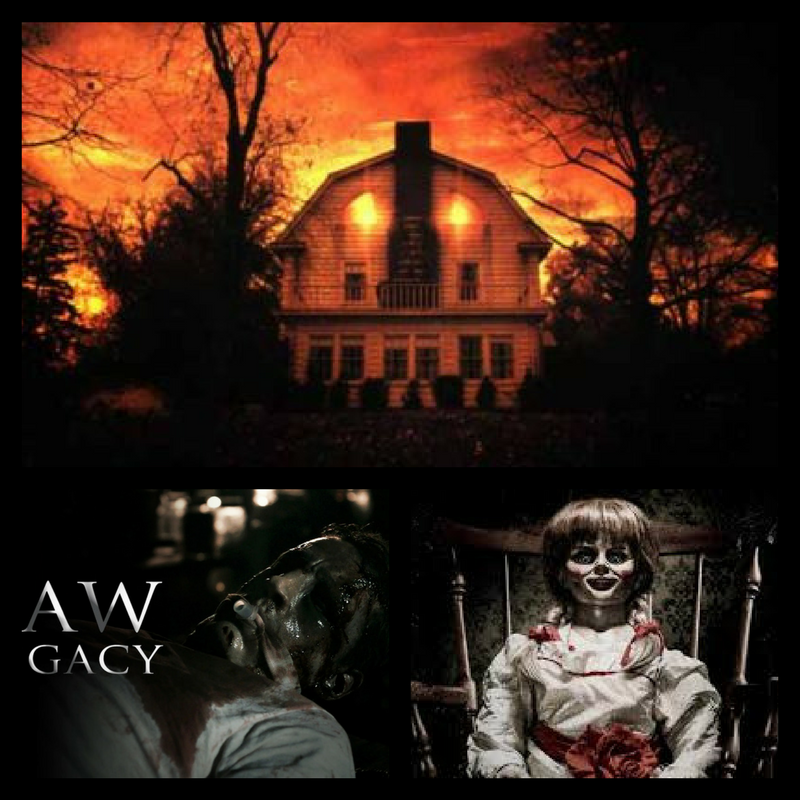 Who doesn’t like to end up with chills up their spines and long sleepless nights? Right, people like us. If you are a horror movie fanatic, this article is for you. 2017 seems to be the year for horror movies. We’re here to make sure you know what horror movies to look out for in 2017! Here is a list of top 10 horror movies that 2017 unfolds, that is bound to haunt you.

Split is an American psychological horror thriller film. Three teenagers, Claire, Marcia, and outsider Casey, are kidnapped and held captive by “Dennis”, one of 23 personalities present in the mind of Kevin Wendell Crumb, a victim of childhood abuse diagnosed with dissociate identity disorder. The story revolves around Kevin and how the three girls discover each personality of Kevin’s. it is believed that some can also manifest unique physical attributes for each personality, a cognitive and physiological prism within a single being. Though Kevin has evidenced 23 personalities to his trusted psychiatrist, Dr. Fletcher, there remains one still submerged who is set to materialize and dominate all the others. Compelled to abduct three teenage girls led by the willful, observant Casey (Anya Taylor-Joy, The Witch), Kevin reaches a war for survival among all of those contained within him—as well as everyone around him—as the walls between his compartments shatter apart.

Rings ( The Ring Three) is a 2017 American supernatural psychological horror film directed by F. Javier Gutiérrez, written by David Loucka, Jacob Aaron Estes, and Akiva Goldsman. Starring, Matilda Lutz, Alex Roe, Johnny Galecki and Vincent D’Onofrio. It is the third film in The Ring series and takes place thirteen years after The Ring (2002). A new chapter in the beloved RING horror franchise. A young woman becomes worried about her boyfriend when he explores a dark subculture surrounding a mysterious videotape said to kill the watcher seven days after he has viewed it. She sacrifices herself to save her boyfriend and in doing so makes a horrifying discovery: there is a “movie within the movie” that no one has ever seen before.

Personal Shopper is a 2016 French psychological thriller film written and directed by Olivier Assayas. The plot portrays Maureen, who is a young American in Paris. Maureen is a personal shopper who serves wealthy clients in major cities, buying clothes and accessories, and taking care of some tasks. She lives in Paris but travels to London and other cities. Her fraternal twin and, brother has recently died; they both had a similar genetic heart problem. The two siblings believed they had connections to the spirit world, her brother more than she. In the opening passages, Maureen stays over at her late brother’s house, hoping he will reach her beyond death. His significant other Lara wants to sell the house, and buyers want to know it is free of unhappy spirits. The film suggests what she sees and reacts to, including a series of knowing texts received even while she is on a train to and during her time in London, from “Unknown”. She believes she is in touch with ghosts.

Annabelle: Creation is an upcoming 2017 American supernatural horror film directed by David F. Sandberg, and written by Gary Dauberman. It is a prequel to 2014’s Annabelle and the fourth film in The Conjuring franchise. Annabelle 2 tells the tale of a dollmaker and his wife who, several years after the tragic death of their little girl, welcome a nun and several girls from a shuttered orphanage into their home. Very soon, however, they become the target of the dollmaker’s possessed creation, Annabelle.

The appealing factor is star Jennifer Jason Leigh, one of the most underrated actresses working today, who stars as a single mom who moves into the haunted house with her three children. For an actor of her caliber to appear in an Amityville, Horror sequel suggests that the material has something special going on. We can’t wait to see what this movie has in store.

The fourth installment of the ‘Insidious’ franchise, Insidious 4 looks promising. Despite having faced her untimely demise at the end of Insidious 3, Lin Shaye’s Elise Rainier has gone on to be in every Insidious movie, making her a staple of the series. After getting her own prequel in the form of Insidious: Chapter 3, Shaye’s demonologist will return in Insidious: Chapter 4, which is confirmed as being another prequel. The story will further bridge the gap between the original film while we learn more about how Elise Rainer came to be the person she is.

An upcoming American supernatural horror film based on Stephen King’s 1986 novel of the same name. Taking place in Derry, Maine in the summer of 1989, It follows a group of outcast kids discovering a shape-shifting entity, who may be linked to the recent cases of missing children in the town. Denborough, has a more personal vendetta with the clown. 27 years after their last encounter together with Pennywise, the ‘Losers Club’ has regrouped from their successful lives and businesses by Mike Hanlon, the only member of the Losers Club that stayed in Derry, because IT has returned, and kids are disappearing again. The only problem is that they have all forgotten what occurred that summer. But through a blood oath, they return. It’s up to The Lucky Seven to regain their memories, to think of the key to killing Pennywise, and to stay alive long enough to end his tyranny but to also realize what brought them together in the first place.

The bride is a Russian horror flick. Nastya is a young woman who travels with her soon to be husband to his family home. Upon their arrival, she can’t help but think that the visit may have been a horrible mistake. She is surrounded by strange people and starts witnessing strange, terrible visions as his family prepares her for a mysterious traditional Slavic wedding ceremony. More than the wedding preparations. Years past, a photographer who made portraits of deceased family members buries a young woman with the body of a possessed dead bride.

Confined to an asylum for the criminally insane for the past four years, Nica is erroneously convinced that she, not Chucky, murdered her entire family. But when her psychiatrist introduces a new therapeutic “tool” to facilitate his patients’ group sessions — an all-too-familiar “Good Guy” doll with an innocently smiling face — a string of grisly deaths begins to plague the asylum, and Nica starts to wonder if maybe she isn’t crazy after all. Andy Barclay, Chucky’s now-grown-up nemesis from the original Child’s Play, races to Nica’s aid. But to save her he’ll have to get past Tiffany, Chucky’s long-ago bride, who will do anything, no matter how deadly or depraved, to help her beloved devil doll.

Saw: Legacy is an upcoming American horror film directed by Michael and Peter Spierig, written by Josh Stolberg and Pete Goldfinger, and starring Tobin Bell, Mandela Van Peebles, Laura Vandervoort, Brittany Allen, Callum Keith Rennie, Matt Passmore, Hannah Emily Anderson, Josiah Black, Shaquan Lewis, Michael Boisvert, and James Gomez. It is the eighth installment in the Saw franchise, picking up over a decade after the death of the Jigsaw killer during the investigation of a new succession of murders that fit his modus operandi.Jigsaw is back from the dead for a whole new puzzle.