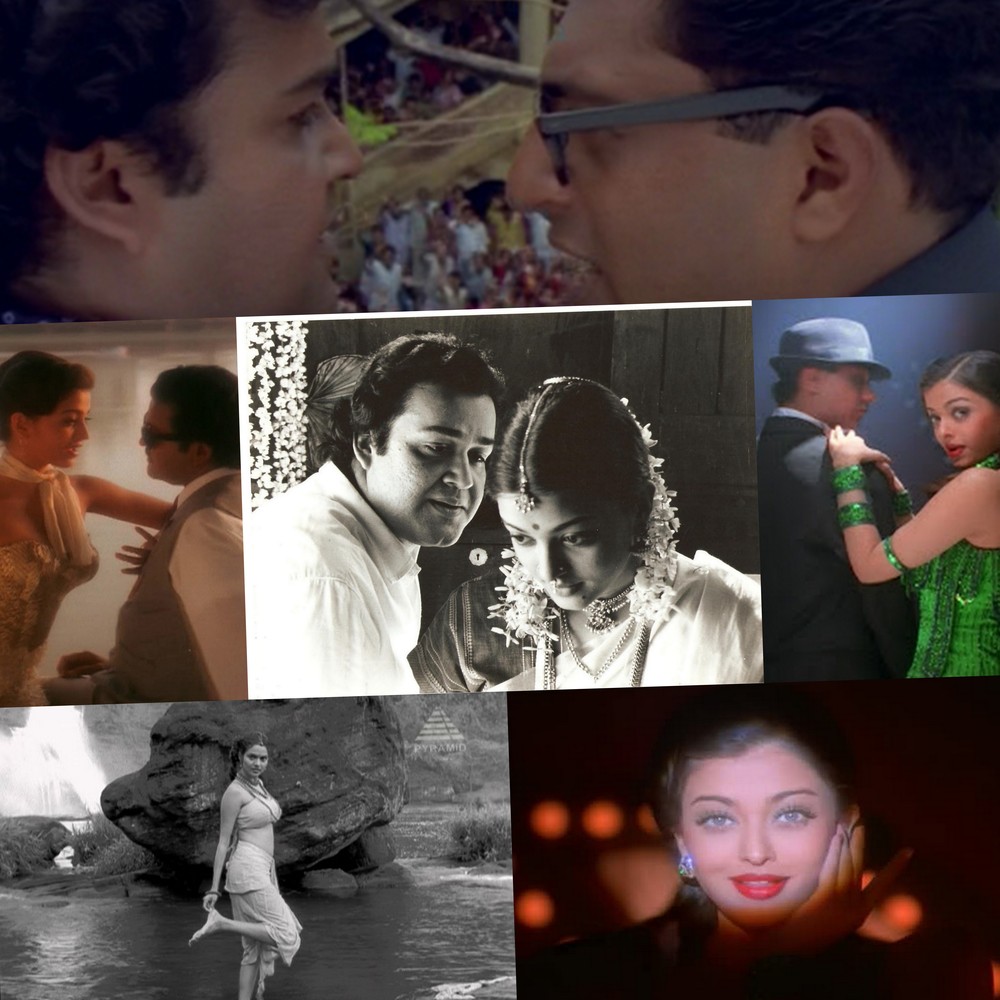 If we had to remember the movies that speak or take a stand on contemporary issues, with no melodrama then it’s none other than Mani Ratnam’s movies. Mani Ratnam uses the simple language that you and I understand, the poetries that evoke great emotions, and the proof that he can deliver great stories from burning issues of the society. He is a class apart from other filmmakers and has created a cult over the 30 years of his Filmmaking.  As we know the abbreviation for GOAT – “Greatest of all Time” is what he earns out of the nature of his cratsmanship.  His idea of making a movie is not to cater to the masses and not to add masala or melodrama to his narrative. His character’s in the narrative are strong and witty yet attractive and flawed. His movies are a package of wondrous elements like a Pandora’s box, that includes great music & soundtracks, vivid & striking images of scenery, social and political relevant issues in the society, last but not least his idea of love and romance. Every single aspect of these is narrated in the movie, that gives a package for the Indian audience. So, he has collaborated with best musicians, actors, actress, cinematographers.

Trivia – all of his movies are shot in India except of Guru, as the story demands to be shot in Turkey & Istanbul

So, here are the best 5 movies of Mani Ratnam

Nayakar is an adaptation of Godfather, Kamal Hasssan essays the character of  Skathivelu Nayakar loosely based on real life story of famed gangster ‘Varadrajan Mudaliar’.  A don who becomes Robinhood by taking money from criminals to help the slum dwellers in Bombay. The highlight of the movie is the one and only versatile Kamal Hassan who characterizes Sakthivelu’s traits to his contemporary actors De Niro and Brando in The Godfather. The role of depicting relationships is careful emoted to the audience with great audacity. Example – portraying of the prostitute (Saranya who becomes his wife later) with no vulgarity.

Mani Ratnam great audacity to portray communal riots and terrorism in big screen has taken his audience by great awe. Roja also stands as a milestone when Mani introduced A.R. Rahman to the world and rest stays as history. The rare mixture of elements – Romance & Patriotism, is what Mani Ratnam can bring to you. The images of the movie bring a great enthusiasm to music, you are left to wander in a cosmic world. Roja is first of his terrorism trilogy and takes us into the lives of people through a newly wed couple.

A second film in his terrorism trilogy, Mani Ratnam sets this story of love with human relationships against the backdrop of political turmoil in Bombay. The film focuses on the real life events of Babri Masjid conflict in Ayodhya & subsequently the increased religious tension in Bombay. A Hindu boy and a Muslim girl elope to Bombay and get married in Bombay.

Also called as ‘A Peck on the cheek’, the movie focuses on 9 year little girl who learns she is being adopted and the journey seeking her biological mother amindst the Sri Lankan Civil War. The film’s portrayal of a mother and daughter relationship is captured divinely. As rebellious as the little girl’s character is seen, her heart pure as a flower. Every character is excellently portrayed through a new angle. Though known for his new soundtracks with modern music, A.R. Rahman is low and the haunting songs in this movie are Vellai Pokkal and Vidai Kodu. Kannathil Muthamittal has won many National Awards.

Anjali is adapted from the narrative of Harper Lee’s “To Kill A Mocking Bird”, Raghuvarna and Prabhu’s characterizes their traits to their contemporaries of the book -Atticus Finch & Boo Radley. Be ready to break into tears because there are many sentimental scenes which gives a strong message against discrimination of special child Anjali. The child artist Anjali has rendered a great performance along with all the characters in the movie. This movie is one of its kind under Mani Ratnam’s several other movies.

All the Mani Ratnam’s movie are spectacular & mesmerizing, and we don’t mean not to include the other great movies that have been made. Few other prominent movies are Mouna Ragam, Raavanan, Iruvar.