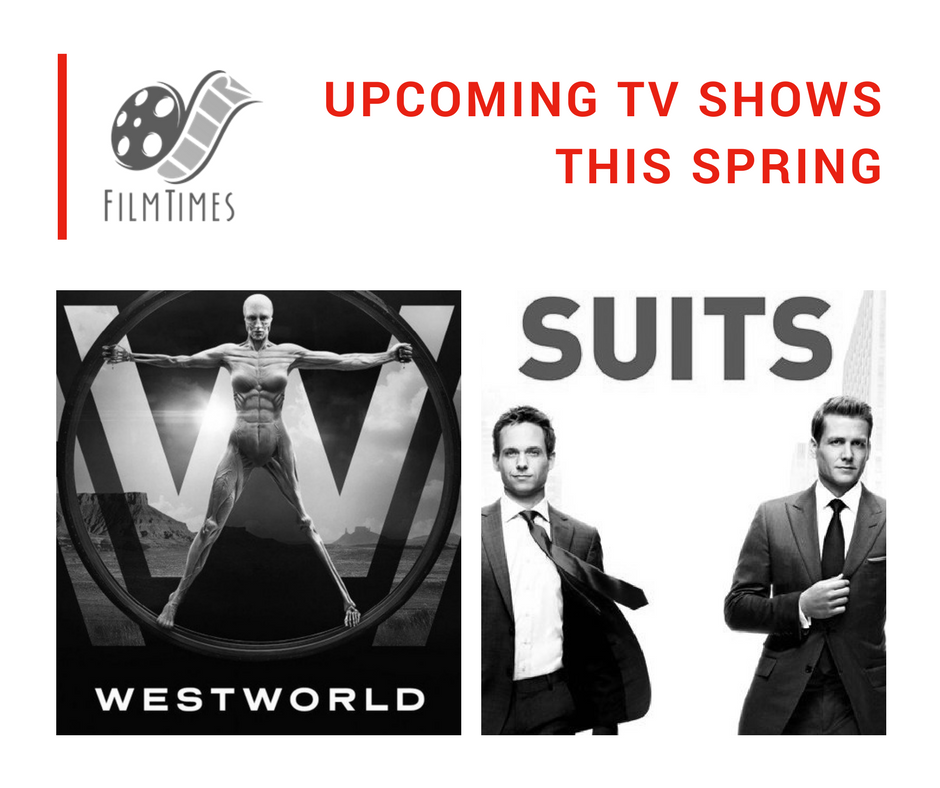 Bill Hader in ‘Barry’, plays a demoralized assassin, who during one of his killing assignments, stumbles upon something which may have been his real profession and passion if he was not in the killing business. Yes, he accidentally meets a strange celebrity (Henry Winkler) in an acting class, which would divert him from his original track of life, further infuriating his boss.

The upcoming nine-episode Roseanne has an interesting fact that alike the real-life Roseanne, the TV one too is a Trump supporter. All the popular characters – Roseanne, John Goodman, Laurie Metcalf and Sarah Gilbert are back with a bang. With all the political rant between Jackie and Roseanne ongoing, we would also get to know how Dan rose from the dead.

Now Suits is trying to make as much as it can with Meghan Markle doing her last season. The character Rachel is definitely getting engaged to a handsome lawyer, at her firm after years of dating. Up for a Royal wedding in real life, it would be a stirring experience for the audiences to watch Rachel mirroring that event in her TV life.

With this Final season of The Americans and a three-year time jump, this time it would not be only the couple Elizabeth & Philip who would be engaged in an undercover activity. This season it would also be their daughter, who would be joining this spy network. Now that is something to look out for.

Tracey Morgan is out of the prison after 15 years of incarceration and back to the mean streets of Brooklyn. To his surprise, Brooklyn streets have been transformed with chic coffee shops and tony brownstones. Now his ex, the queen of 2017, Tiffany Haddish is someone he has to win back after this long-long gap. What ensues further is going to be a lot more complicated and interesting.

“Yes, this world which we created was beautiful and we wanted to live our dream lives in it.”

Dolores, Maeve, and their unkempt gang return this season to take back the Wild West lands for themselves. This could mean a bit of bloodshed too, or a lot? We need to wait and watch, what it takes to regain the lands.

The Emmy and Golden Globe winner, The Handmaid’s Tale has moved beyond Margaret Atwood’s novel this season. Now continuing with her pregnancy, Offred wants to ensure that her future child is not raised in Gilead with its “dark truth” still around. Her fight along with her fellow Handmaids still continues against this “dark truth.”

A former Israeli agent, Doron is pulled back into action from his retired life in a beautiful vineyard. This return gets enforced on him because the dangerous militant, who Doron apparently assassinated, seems to be still alive and planning something bigger. Hunt and capture of the terrorist ensue and in the process, many of his mates’ lives are put on the line.

Though Fauda has to be watched with subtitles, it promises to be so gripping that the language would hardly matter.