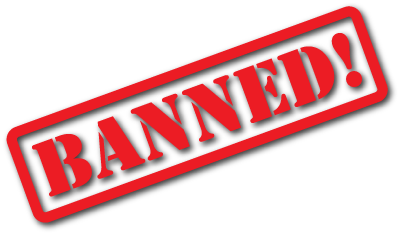 Top Bollywood movies which were banned by Censor Board

In India, The Central Board of Film Certification (CFBC) lives in a world of their own where they are the King and they rule Bollywood. Unfortunately, they haven’t realized that their role is to give certification to films and not act as Censor Board. But now the CFBC aka Censor Board, does not give the certification to a lot of movies for reasons like hurting the sentiments of a religious group, too sexual, too vulgar content, political issue and some reasons that they give make no sense at all because I think our Indian audience has reached a stage where we are open to any kind of movies. But thanks to the Central Board of Film Certification that a lot of movies weren’t even released here in India.There are a few movies that went through a lot with the Central Board of Film Certification and made it to the release maybe after a few edits in the movie. Udta Punjab is the best example of this and the entire industry had come together in support of the Udta Punjab team and it did work. Another movie that has suffered the same was Lipstick Under My Burkha, but after a long time, the CBFC allowed (Yes, Allowed is the word) them to release their movie after editing (basically removing) a few scenes.

Parzania wasn’t banned in India but was banned in a part of the country that is in the State of Gujarat. Parzania was banned in Gujarat mainly because the story is about Gujarat Riot and a boy who goes missing in those Riots. Due to the political reason, this movie never made it to the screens in Gujarat but did bang a National Award; proof enough that this is one brilliant movie.

Water is yet another brilliant movie that did not get past the Central Board of Film Certification. The controversy was mainly because this was a movie that was based on an Indian Widow after the sudden death of her husband and how she actually lashes out against the Hindu traditions of the life of a widow. This film definitely did well overseas and was nominated for the Academy Awards as well.

Fire was a movie back in the 90s which was directed by Deepa Mehta. Back in those days showing a female-oriented movie was a crime in itself but Deepa Mehta went up a notch and showed the love that blossomed between two sister-in-laws. Lesbian Love back then was a good enough reason for the censor board to ban the movie, but Deepa Mehta did not compromise on the names of the characters which were Sita and Radha and obviously India and the religious side of our country cannot see this kind of a love on screen with those names.

Inshallah, Football did not get a green from the Central Board of Film Certification because of the sensitive subject of the movie. The movie was about a Kashmiri boy who aspires to become a famous footballer someday and wants to travel abroad but is denied because of his father is charged with militancy.

Amu is based on the massacre of thousands of Sikhs during the assassination of Indira Gandhi. The censor board created a lot of havoc and made them edit a lot of scenes. Even after the edits were made, the movie was not passed by the Censor Board. Obviously, we would never know the real reason but maybe we can assume that it could be either to maintain the harmony of the country or maybe some other political reason altogether.

There will be no surprise once you know why this movie was banned by the Censor Board (Yes, I’m not going to call them the Central Board of Film Certification this time). Unfreedom talks about two subjects; one is Islamic terrorism and another one is lesbian love. Both of the subject in one movie, we are sure that the censor board couldn’t take this bold content and safely banned the movie from releasing in India though a few states managed to get their release but not all the states.

The whole world knows the connection between Kama Sutra and India, but when Mira Nair decided to make a movie on the same way back in the 90s, the Central Board of Film Certification just couldn’t take it up. The CBFC said that the movie has too many bold scenes and content that is explicitly told which is not suitable for an Indian audience. My whole point is, when the book was written there was no issue in the book being sold but the visual of the same book suddenly is become unethical to the censor board. The good part is that the movie was appreciated in the other parts of the world.

I think we should officially start calling them the Censor Board and not the Central Board of Film Certification (CFBC). So while the censor board continues to find many such upcoming releases and puts a ban on them, we guys can continue finding our ways for watching those exact movies that were banned. The day the Censor Board stops banning movies for illogical reason, the privacy in India would reduce at a great extend.

As always, if you liked what you read share it on your social media platforms by clicking on those tiny icons below.