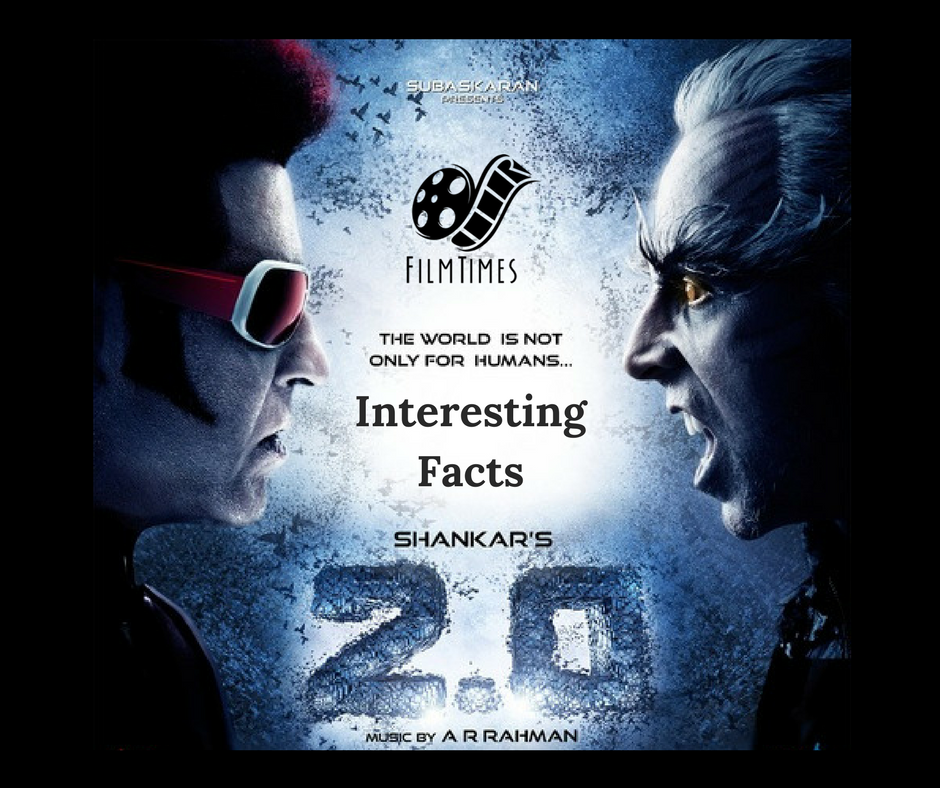 The much-awaited movie of 2018, 2.0 which is set to release this June has already created a buzz since last year, ever since the first look of the movie was released.

The sequel of the blockbuster movie Enthiran/ Robot has Superstar Rajinikanth (Chitti) along with Bollywood’s favourite Khiladi Akshay Kumar (Dr. Richard) and the fans cannot wait to see this power energy Jodi together on screen.

While the wait continues, we bring to you a few facts of 2.0 that you may be interested to have a look at:

Well, that’s it for now. Stay tuned with us for more updates on 2.0 and other such interesting movies.