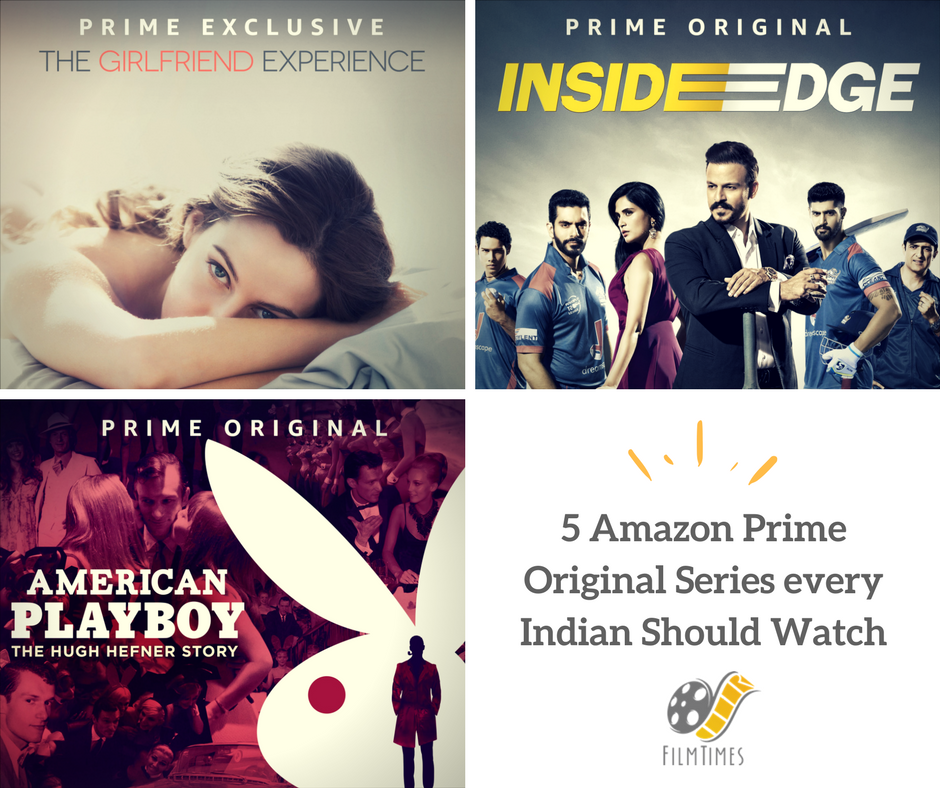 Many Indians are frustrated with watching terrible shows on television over the past years. Thanks to subscription based video on demand services like Amazon prime and Netflix which provides best video content for all types of viewers. Following is the list of Amazon prime original series that every indian should watch.

Riley Keough features as Christine Reade, a second-year law student intern in this American series ‘The Girlfriend Experience.’ She also takes up a rather bizarre profession of transaction-based relationships, making her a high-level escort. This series, aired for the first time in April 2016 was a thirteen-episode season only. With a lot of sensual content, the series promises to be an entertainer.

This sports-based drama brings about the darker side of short-format cricket played in the sub-continent to the screen. Packed with drama, conspiracy, intimacy and power struggle, makes Inside Edge a highly entertaining series. It connects right away with the audience of a country where cricket is religion. It premiered on Amazon in July 2016, with ten episodes. The star cast includes renowned names from Bollywood in the likes of Vivek Oberoi, Richa Chada, Angad Bedi & Tarun Virwani.

Now, who doesn’t know of our own #Sakhtlaunda, Zakir Khan? This stand-up comedy series is all about boys being single after multiple rejections, and how they learn to cope with the reality to become a ruthless single man. ‘Haq Se Single’ is a dedication to all single men out there and is a must watch for all. This style of comedy is refreshing since it is away from the regular mimicry or any kind of political or racial content.

This series offers the whole life of entrepreneur Hugh Hefner, the man behind the magazine, his relationships, rise and fall to the viewers. This is the story of a man who successfully chased his ambitions and achieved them, though in a very non-traditional business. This series consists of many unseen valuable footages and some interviews from his personal life and business. The show was launched in April 2017, with ten episodes of the season.