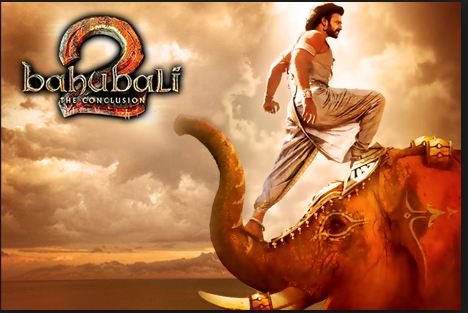 The trailer of Bahubali 2: The Conclusion was finally released on the 16th of March. It was the most awaited trailer of 2017. A 12-second teaser was released before the release of the trailer, heightening the expectations of the fans. The trailer opens with the people of Mahishmathi in tears, and the voice of Armendra Bahubali’s coronation oath, playing in the background. The parts that follow include the gorgeous Devasena romancing Bahubali, a few high- voltage war scenes, a part of the famous Bahubali-Kattappa encounter. The trailer ends with Bahubali and Pavalathevan fiercely looking at each other.

The movie, Baahubali: The beginning was immensely successful and left the audience wanting for more. Everyone had a different theory on the reason behind Kattapa killing Bahubali.  The Bahubali team had been releasing posters of the movie once in a while, keeping the curiosity of the audience alive. The trailer of the second part crossed over a 20 million views within the first 24 hours of its release.

Ramya Krishnan and Anushka Shetty shine in the trailer. Prabhas, Sathyaraj, Rana Dagubbati and Nassar look very convincing in their roles. The visual effects are stunning.  The war scenes have been filmed well. The music is great and goes with the flow of the movie. The chemistry between the lead pair is brilliant.  The  160- second trailer does not reveal much about the story of Bahubali 2: The Conclusion. It oozes magnificence, and the film is a must-watch. The movie is releasing on the 28th of April, 2017.