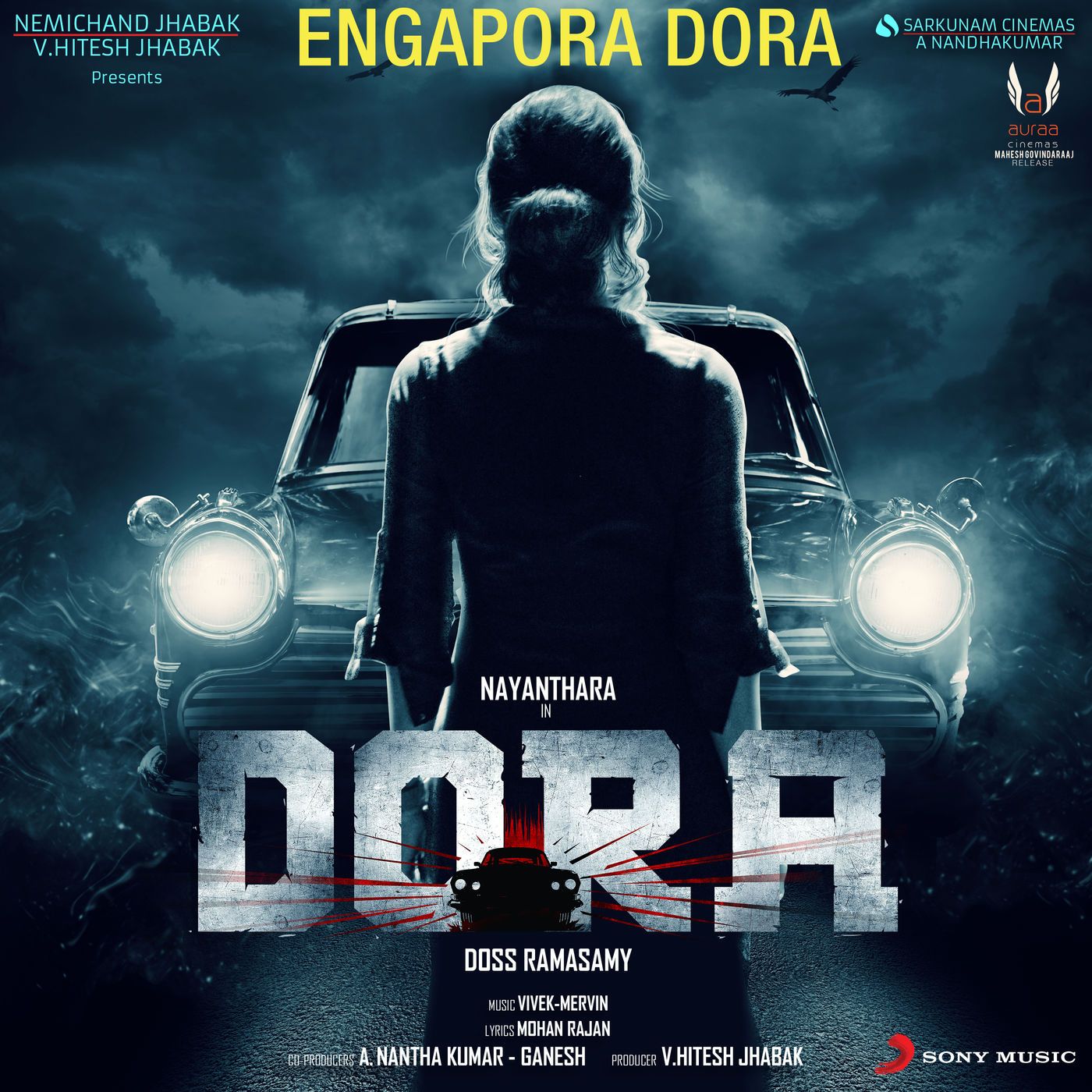 Dora, directed by debutant director Doss Ramasamy is Nayanthara’s third horror movie. It is Nayan’s show all the way. The whole movie rides on her superstar status. Though it was promoted as a horror film, it is more of a horror revenge drama with a few comic elements included in it. Here is a gist of the story:

Vairakannu (Thambi Ramiah) and his daughter Pavalakodi (Nayanthara) decide to buy a car to start a cab service, after being insulted by Vairakannu’s sister who owns a call-taxi company but refuses to give them a cab to visit their family temple. On a parallel line, the police are investigating a recent break-in in the neighborhood. Pavalakodi buys an old Austin Cambridge car and starts a cab service. It doesn’t take long to realize that the car has a mind of its own. It spooks Vairakannu and Pavalakodi. They meet a mystic who says that the car is haunted, and it will leave Pavalakodi only after its work it is done. After an emotional flashback, Pavalakodi gets to know that the car is haunted by the spirit of a dog named Dora. She joins hand with Dora to hunt down a trio.

There are a very few characters in the movie. Thambi Ramiah has essayed his role with ease, but it feels like he is getting repetitive. Nayanthara’s screen presence is terrific. She easily pulls off the ‘girl next door’ look. Harish Uttaman has once again donned the role of a cop. He has given a decent performance. Baby Yuktha looks cute. Sunil Kumar and Shan fit in their roles perfectly.

The director keeps the audience waiting till the interval to reveal the crux of the story. There are very few spooks in the film. If you are wondering what the “A” certification is about, it is for the violent content and not the horror scenes, in the movie. It is a regular horror drama with a couple of innovative elements such as the haunted object being a car, and the spirit being that of a dog’s.

The background music is the strength of the movie. The songs are good. Thambi Ramiah provides the comic relief, but only a few scenes tickle the funny bone. The story is usual and the screenplay is predictable. There are a number of loose ends, and the parts involving the policemen are not written well. There are a couple of whistle-worthy scenes, which prove how big of a star Nayanthara is. The movie completely depends on her stardom. If you are expecting a “Maya”, you will be disappointed. Dora is an average horror drama with a star and a car.