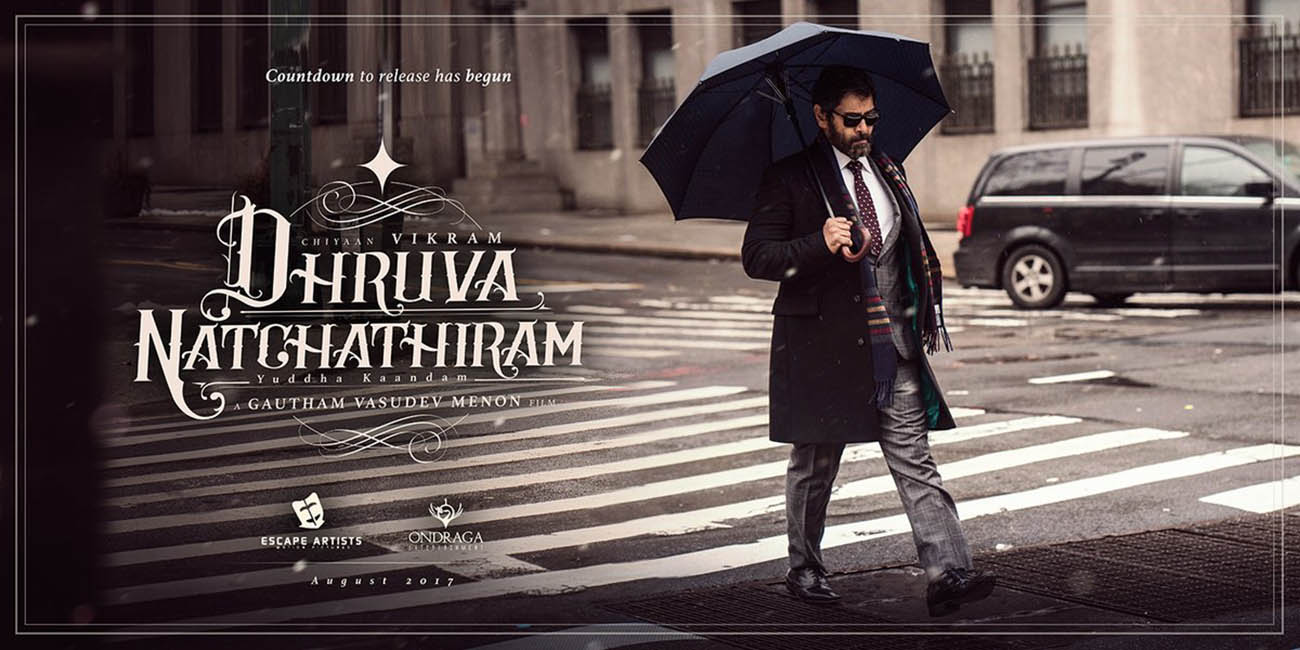 Hardly a few days into the making of the movie, Dhruva Natchathiram team released their movie teaser. Teasers are generally released during the post-production stages, but you can never be sure when GVM is in the picture. His approaches are always innovative.

It is an uber-cool teaser. Vikram looks super handsome in his new salt, and pepper look. An unknown voice playing in the background refers to Vikram as a ghost who disappeared from the radar of the earth 8 years back. He means that Vikram’s whereabouts are not known.

Vikram’s name is revealed as John in the middle of the teaser. According to the unknown voice, John is a part of a team trained by Mr.K, and this team is a part of the CIA. Mr. K is being held hostage by the owner of the unknown voice who connects to John over a Skype call after he gets to know that John is currently in New York. Vikram has to meet the unknown guy in Delhi, within 8 hours to save Mr.K. His multi-layered character is displayed when he swears at the unknown guy, in namma local Tamil.

The teaser is on par with Hollywood movie teasers. The cinematography is brilliant. Vikram fits the bill of a high-profile spy. There is nothing negative about this teaser. It is probably the only teaser in the recent times,  that runs for 158 seconds, but we are not complaining.