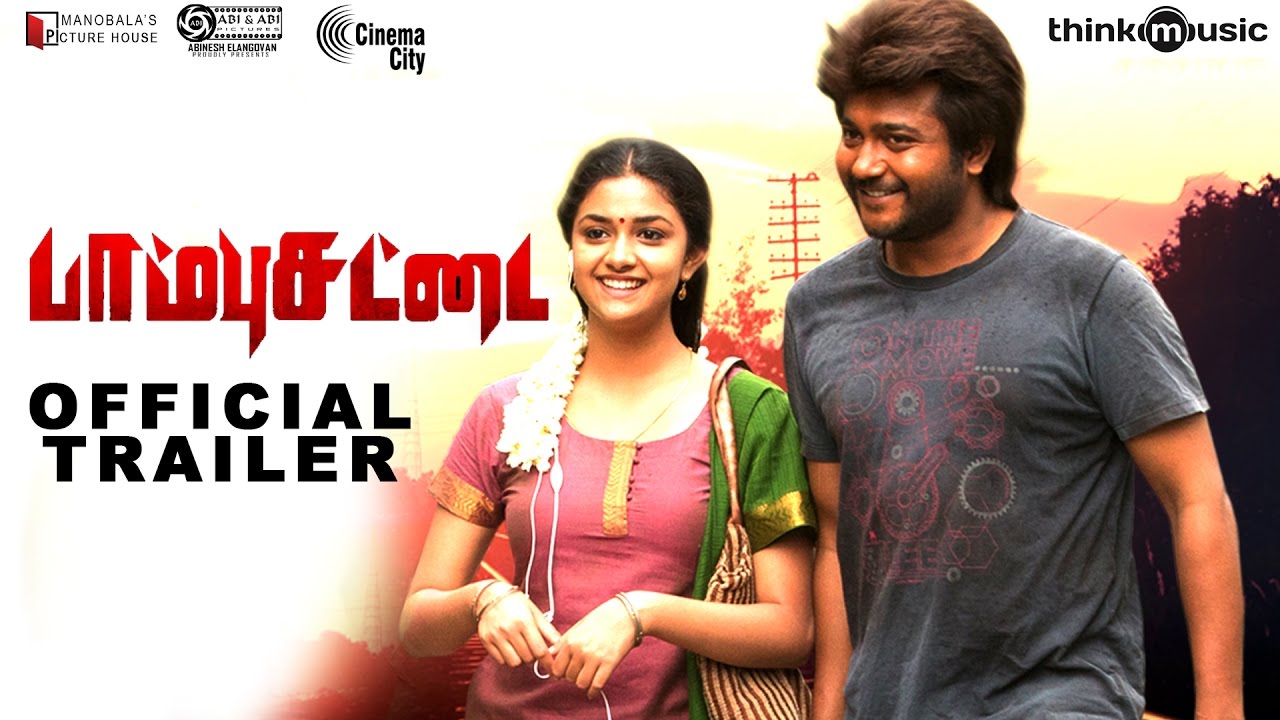 This movie was completed in the middle of 2015. It was released in March this year, after a long delay, due to production issues. It was a low-profile release.

Dakshina (Bobby Simha) lives with his widowed sister-in-law Malar (Mukta Banu) after his brother dies in a tragic train accident. They belong to a lower middle-class family. He works for a water-can company. Dakshina wants to get his sister-in-law married to a nice guy, but Malar is against the idea of remarriage.

Dakshina sees Veni (Keerthy Suresh) helping someone on the road, and falls for her. Veni reciprocates his love after he stalks her and tries to woo her. Her father Kannan (Charlie) is against their love, because of rumors of an illicit affair between Dakshina and Malar doing the rounds.

Malar does not want to be a hindrance to Dakshina-Veni’s love and hence agrees to get married to Jeeva, a guy suggested by Dakshina. Jeeva is in deep debt and needs 5 lakhs to clear his debt. Dakshina seeks help from Rajendran, who is part of a huge counterfeit currency network. The events that follow push him into the world of counterfeit money.

The movie puts forward some progressive thoughts. A brother-in-law convincing his widowed sister-in-law to get married is a new and refreshing thought. The emotions that the protagonist goes through, when he has to choose between values and needs, is very convincing and real. However, Dakshina stalking Veni is not cool. It is yet another movie that glorifies stalking. The songs are very nice, kudos to debutant music director Ajeesh.

The romantic scenes are long and do not contribute much to the story.  The clichéd villains, goons, police and fight scenes dampen the movie a little. A number of scenes do not really go well with the story. It is hard to connect the scenes. Bobby Simha looks absolutely convincing in his rugged look and does a good job as Dakshina, though the wig doesn’t suit him. Keerthy Suresh and Muktha Banu perfectly fit the bill.

The dialogues are very good. There are a few highly emotional and intense scenes that make the movie a decent watch. Charlie explaining the importance of a rice grain to a kid; the old lady talking about the plight of widows; a visually impaired man advising against stealing are a few scenes that touch the emotional chords of the audience.

The plot falls low in several places. Good acting by the lead actors, music, sentiments, dialogues, and cinematography are the positive ingredients of the movie. The director has tried to fit romance, action, relationships, money scandals, and poverty in a single story, but there are way too many jumps in the plot. It is an average movie that is watchable.