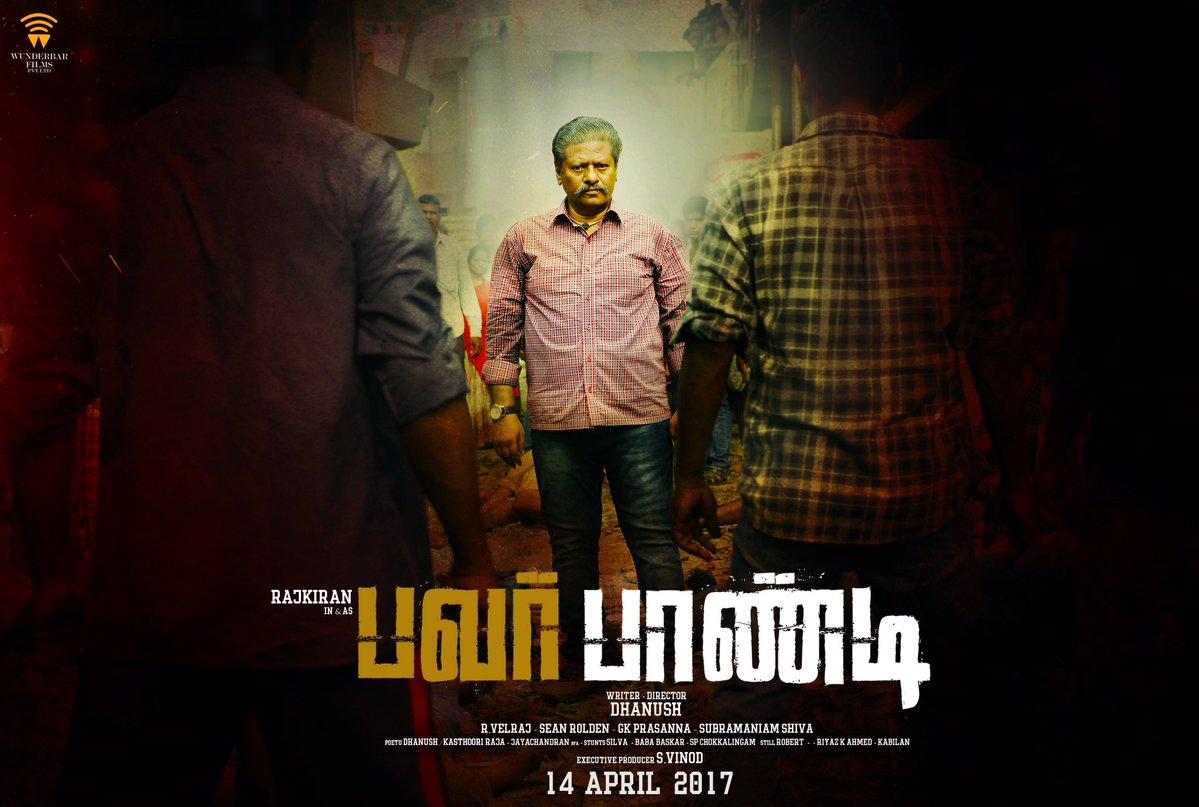 Single liner: An old man upset with his son goes on a bike trip which changes his life.

This movie marks Dhanush’s foray into direction.  Rajkiran plays the title role in this movie. A lot of movies talk about children, teenagers, and middle-aged people, but there are hardly any movies made about people who have crossed their 60s. This movie is about a man in his 60s, his relationship with his son, and his journey.

Pa Pandi aka Power Pandi is a joyful man who goes out of his way to help people. His cheerful and helpful ways often get him into trouble. His son Raghavan (Prasanna) is a workaholic who is always into his IT projects. Raghavan does not take it lightly when Pa Pandi brings gets involved in issues that cause him trouble. There’s a scene in which Raghavan yells at Pa Pandi for watching TV at a high volume because he is unable to sleep. This scene speaks volumes about his relationship with his son. Pa Pandi decides to work to avoid issues with his son. After a failed gig as a gym instructor, Pa Pandi turns to acting. He had worked as a stunt master during his hey days. He performs a stunt sequence which is applauded and appreciated by the whole team. Pa Pandi cries out of joy. The lead gets into trouble after he messes with a drug peddler, causing his son to yell at him. He leaves the house and goes on a bike tour that changes his life. He meets his old flame Poonthendral (Revathi), and a flashback follows.

Rajkiran as the adorable grandpa kills it. He scores in every scene, be it a father who has a troubled relationship with his son, or an old man with a teenage friend, or an emotionally charged stunt master, or a loving grandfather, or a man who meets his old flame. This movie gives a new image to Rajkiran. Revathi who plays the long lost love of Pa Pandi has a limited screen space in the film, but she easily walks away with all the appreciation. Nothing much has changed about her since her Mouna Ragam days, a brilliant actress then, and a brilliant actress, now.

Prasanna is back on screen after a brief hiatus. He fits the role of an angry son who later repents his behavior. Chaya Singh who set the screen on fire along with Dhanush in the movie Thiruda Thirudi in the famous ‘Manmadha Rasa’ number, has little scope for performance in this movie. Rinsen who acts as Pa Pandi’s teenage friend has done a great job. He had previously acted in Nanban. Master Raghav, who stole our hearts with his performance in Rekka, and Sethupathy, pulls off the same magic in Pandi. Popular TV anchor Divya Darshini has played the daughter of Revathi in this movie. She fits the bill. Dhanush who plays a younger Pa Pandi in the flashback scenes excels. Madonna Sebastian who plays the role of a younger Poonthendral clad in Pavadai Thavani, looks promising.

First-time director Dhanush comes from a family of popular directors including his dad Kasthuri Raja, his wife Aishwarya Rajinikanth, and his brother Selva Raghavan.  He is quite experienced in this department though he officially debuted as a director with this movie. He has quite a bit of experience in several departments of filmmaking. The story is simple and beautiful. The screenplay is tight, and the actors have given their best. The scenes between Rinsen and Rajkiran demonstrate the brilliance of the screenplay.

Sean Roldan’s music is appreciable. The background score compliments the screenplay. The songs are good. The cinematography is handsome. The editing could have been better, in a few scenes.

The movie talks about the importance of elders, and how people take them for granted, and also that old people can make peace with the current generation, if they update themselves, and not stick to the rules of the past. The movie could have been trimmed a little. There are not many negatives in the movie. Rajkiran carries the whole film forward. The director has written a good story. Though the story is not an exceptional one, the way it is told is laudable. Pa Pandi is a warming movie that audience will love.