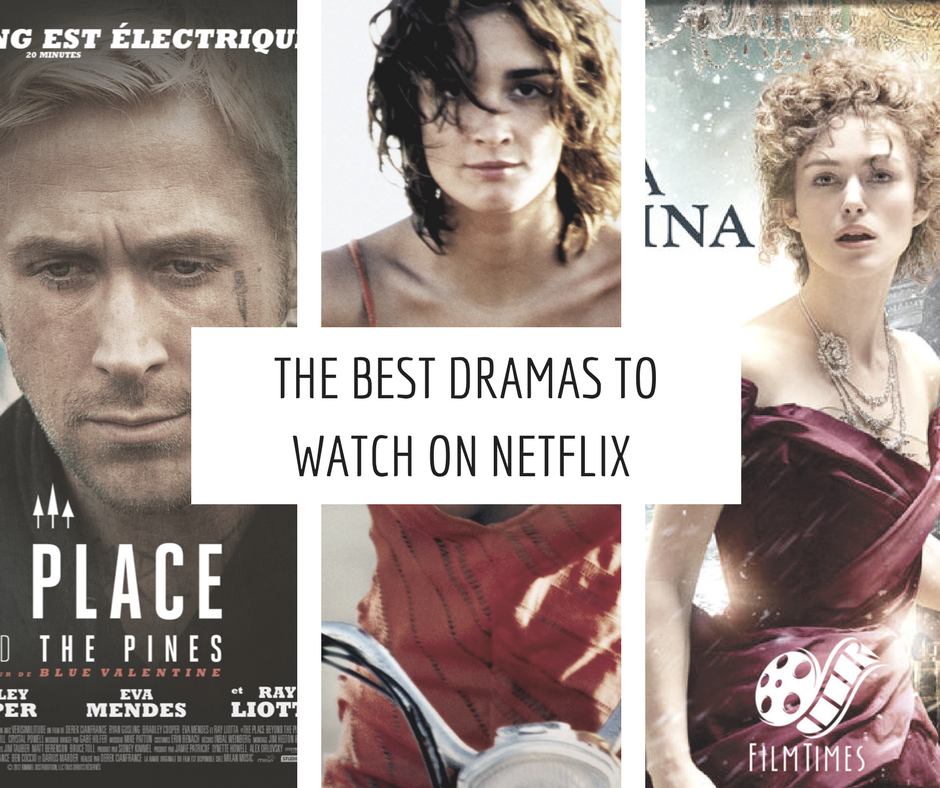 The Best Drama Movies On Netflix That Are Worth Watching

As the saying goes, there’s drama all around us. While real-life drama drains us, the on-screen drama lifts our spirits. And when we talk about the miracles a 120-minute motion picture can do to humans, we just can’t ignore those streaming on Netflix, isn’t it? When I first became a Netflix fan, all I wanted to know was this: what new Drama should I watch next? With over 1300 movies in the drama category, finding the hidden gems was a real task but trust me I did my research and the result? This blog I’m sharing with you all. Following is the list of the best drama movies on Netflix that are worth watching. Take a look and check if your favourite has made the cut or not.

About ‘Dead Poets Society ’: There are movies which can leave an everlasting impact in your life Dead Poets Society belongs to that genre. This is the finest movie from Director Peter Weir, who uses simple components to tell a beautiful story. Set in the backgrounds of New England boys’ prep school in the late 1950s, this is an inspiring story of an unconventional young English teacher played by Robin Williams who tries to inspire his students primarily through poetry.

About ’45 Years’: Who knew that melting snow had the power to melt a longstanding marriage? Basically, this subtle drama is the story of Kate and Geoff, an elderly wedded couple who are waiting to celebrate their 45th wedding anniversary. But everything turns upside down when the body of Katya, Geoff’s first love has been discovered, frozen, and preserved in the icy glaciers of Swiss Alps. Charlotte Rampling was a treat to watch on-screen especially when she conveyed the struggles of a wife when her marriage lives and dies at the same time.

About ‘The Godfather’: Every time I watch it, this violent mafia masterpiece gets better. Beautifully written and stunningly executed, The Godfather shows a rare combination of mafia, violence, and family wherein we can witness the old generation’s downfall giving way for the next generation to take its place. I mean how many mafia films have brought us emotionally close to the characters? No overrating at all, it’s just flawless (in my opinion, of course).

About ‘He Got Game’: Spike Lee did an awesome job in making this film. Jake (Denzel Washington) plays a prisoner who is in jail for killing his wife years back. He stands a chance to get out of the jail only if he convinces his son Jesus (Ray Allen) to attend a certain college. Obviously, it won’t be simple since Jesus needs to first forgive his father for what he did to his mother before he can even consider his father’s request. Both Denzel Washington and Ray Allen put on excellent performances to make this a great movie. The end is anti-climactic, but excellently executed, showcasing Spike Lee at his artistic best.

About ‘Schindler’s List’:  Greatest ever! No film I have ever seen manages to convey stronger emotions than Steven Spielberg’s adaptation of Thomas Keneally’s novel based on the role of Oscar Schindler during the holocaust. I agree that it’s not the kind of a film you’d like to watch over and over again. But if you have 3 hours and 20 minutes to spare and you’re in a mood to watch Nazis, concentration camps, and many other details associated with World War II, this is a great film to watch. The three leads- Neeson, Fiennes, and Kingsley- are all phenomenal, all playing very different characters from one another.

About ‘Goodfellas’: This modern-day gangster movie is all about swift pace, lots of memorable characters, and gangsters, obviously. Loved the performance of Joe Pesci, Robert De Niro, and Ray Liotta, but they are helped by equally great performances from Sorvino, Bracco, and Low. The character development is one of the major factors that made this drama an all-time favourite. First half is about Henry’s upbringing and his introduction into the mob: his rise. The second half provides us with Henry, Pesci, and De Niro in the prime of their lives. And finally, the third half of the movie shows us how it all falls apart.

About ‘Carol’: Originally adapted from the novel “The Price of Salt” by Patricia Highsmith, Carol is a very well made movie showing subtle performances from Blanchett and Mara. I would say Rooney Mara just stole the show by being that young shop girl who longs to be a photographer. The maker of the movie succeeded in portraying the 1950’s culture which was not kind to women that developed a crush on other women.  Thanks to Netflix for presenting it.

About ‘Southside with you’: A simple budding love story! It portrays the biographic tale of two people who eventually became two of the most important, influential and beloved political personalities of the 21st Century in America. It’s better than you imagine! So which one are you going to start watching soon?