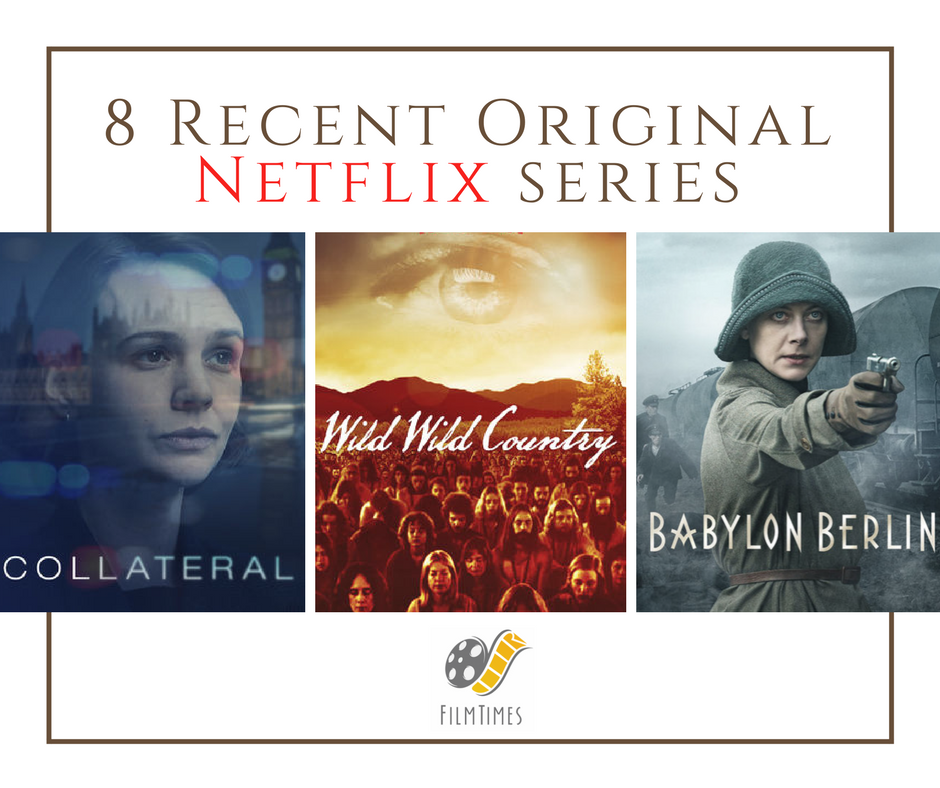 8 Recent Original Netflix Series That Are Worth Watching

Netflix is adding more and more original series from past couple of years. David Wells, Netflix’s chief financial officer announced that it is aiming to produce 700 original Netflix series by the end of 2018. Following is the list of 8 recent original netflix series that are worth watching.

This German crime drama is set up in the post World War I era has every substance of that period. It is basically a period crime drama with the politics, cops, gangsters and everything else, created by Tom Tykwer of “Run Lola Run.” It revolves around Gereon Rath played by Volker Bruch, who is a vice squad cop with harsh experiences of the great war. The female lead is played by Liv Lisa Fries, a typist and part-time hooker wanting to join the male-dominated police force. Although the voice dubbed version is available on Netflix, it is not as much of a great experience, like watching it in German with subtitles.

The documentary ‘Wild Wild Country’ is about the Indian guru Bhagwan Shree Rajneesh and his sixty-three-thousand-acre commune in Oregon, Rajneeshpuram. The film is mostly around the dispute of the commune with a small town of Antelope, neighboring the commune. One the side of the commune it was a supposedly a sex cult, which was worrying the elderly of the town and on another side, it was also the hatred for a foreign practice which was influencing the young generation of America. There are numerous interviews and footages about the time of the conflict lined up in the film.

Collateral is a four-episode mini-series, around the murder of a pizza delivery boy. The lead is played by Carey Mulligan, who makes a return to the internet-based entertainment after the success of “Mudberry” last year. She plays an ambitious detective, who while investigating the murder finds out, that the matters are much more complicated than they look like at the surface. There is a bit of political and racial angle also given to stir things up. Jeany Spark, John Simm, Billie Piper & Nicola Walker are also playing important characters. It’s best if all four episodes could be watched in one go. Treat for the binge watchers.

If you are a foodie and a fan of culinary shows, this is something you won’t like to miss. Asian American chef David Chang around the United States and further to Europe and Asia to peek into kitchens. The motive though is pretty interesting. It is to find out, how differently daily regular food is prepared in different geographies. What makes it more interesting is Chang is joined by celebrities like Jimmy Kimmel & Steven Yeun on these culinary excursions. In one of the episode Chang along with food writer Peter Meehan, get into Chang’s Mom’s kitchen to cook a Thanksgiving meal.

This show is not any normal baking competition, it’s a show with a twist. ‘Nailed it!’ brings unlucky and novice bakers to the competition and gives them an opportunity to showcase their talents, baking wedding cakes and other decorative sweets in the show. Famous comedian Nicole byer hosts the show and her main profession makes the show happier and healthy when compared with other competitive baking shows on TV. Nicole maintains the fun factor even while criticizing the contestants, and on the other hand, contenders too knowing where they come from accept it with good wit.

A black teenager is left for dead in a hit-and-run case, allegedly by a cop car driven by a white officer named Peter Jablonski, played by Beau Knapp. This case is being investigated by an exhausted lawyer (Clare-Hope Ashitey) and her partner (Michael Mosley) who is a detective. Other than the cop involved in the accident, there are four other cops who are trying to cover up the incident. The questions are of course, whether the duo would be able to uncover the case or not? Whether the jury would be able to punish four law enforcement officials or not? Lots of questions to be answered.

The End of the ___king World

The TV industry of Britain is known for making brave attempts when it comes to the teenage related adventure storytelling. ‘Skins,’ ‘My Mad Fat Diary,’ and ‘Misfits’ are some example of these. ‘The End of the ___king World’ is another teenage adventure with a darker satire. James and Alyssa who are teenagers, run away from home without Alyssa (Jessica Barden) having any knowledge about James’s hidden agenda. James is actually aspiring to become a serial killer and plans to make Alyssa his first victim.

A teen comedy set-up in the mid-90s could be really a nostalgic experience for grown-ups in their 30s. There is this group of teenagers living in an appropriately named town, Boring Oregon and they are reuniting and coming up with a bizarre movie. What unfolds in the process are self-discoveries, odd romances, journeys and a bit of odd family drama. Though it can be compared with “Freaks and Geeks” however, doesn’t live up to all expectations. Nonetheless, it could be given a definite shot.