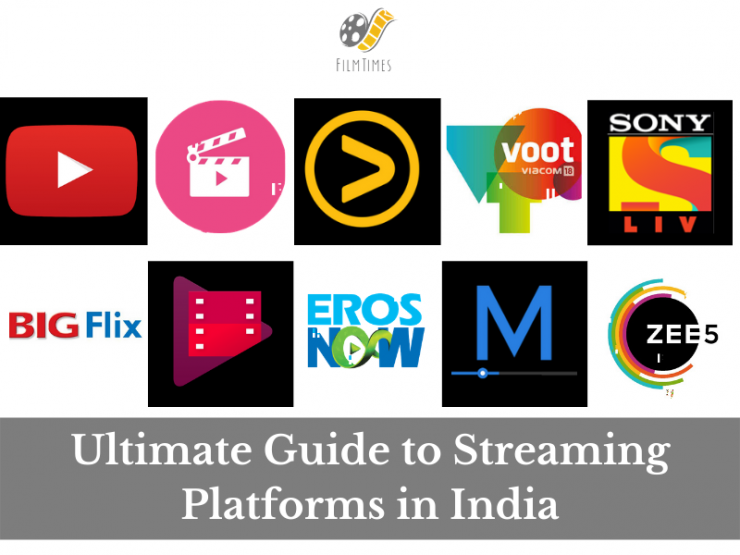 What are the the top streaming platforms in India? Gone are those days when siblings fought for remote to watch their favorite channels on Television. The digital world has become a more comfortable entertainment source now as you can watch it anywhere with a variety of devices you choose to login with (mobile, TV, laptop).

Let us have a look at the top streaming platforms in India.

Netflix, Inc. is an American media services provider. In 2016, Netflix surprised the world by switching on in almost 200 countries around the world, including India except for China, Crimea, North Korea, and Syria.

Netflix provides vast multilingual content with a basic plan of Rs 499 per month which offers viewing on one screen while a yearly premium plan is of Rs 799 per head, which can be shared by 4 screens. These plans can be cancelled anytime and SD or HD contents can be downloaded.

Popular shows/movies to watch are Money heist, Dark, Stranger things, Little things, Never have I ever, To all the boys I loved before are popular movies among teenagers.

Amazon prime videos and music by Amazon was launched in 2016 in India, which allows offline downloads and multiple viewer profiles.

A 30 days free trial for all users with Rs 129 per month which is auto-renewable at Rs 999 per year is available. Plans can be cancelled anytime.

It’s a partner of India’s Star TV and recently collaborated with Disney. Available as an app, named as Disney+Hotstar, this platform gives access to star plus TV serials for free with a variety of genres such as romance, thriller, Horror, comedy, wildlife science, animation and many more. Their content is available in Hindi, English, Tamil, Kannada, Marathi, Malayalam, Bengali, and Telugu.

New users get a free trial of 30 days before the subscription period. There are 2 types of subscription schemes:

b. The ‘Premium subscription’ gives access to premium international films and web series such as Game Of Thrones.

This streaming Application Launched on 16th April 2017 by Balaji Telefilms ltd., is an Indian subscription-based platform.

Original, bold, premium and tailor-made content focus on the Indians subscribers across the world.

ALTBalaji subscription is affordable as it provides a 3-months subscription for INR 100 only and Annually for INR 300.

Eros Digital is an Indian subscription-based streaming media platform launched in 2012. It is accessible on most internet-connected screens such as mobiles, laptops, tv, tablets.

Eros provides limited free content with no HD screen on basic plan however its basic eros premium plan starts at RS 49per month and Eros plus plan RS 99 per annum, which is quite pocket friendly.

Best shows/movies on Eros are Smoke, Side Hero, Salute Siachen.

Launched in India in February 2018 Zee5 is an Indian service run by Essel group via its subsidiary Zee Entertainment Enterprises.

Youtube contains tv shows, web series, live streaming, short and documentary films, video blogging, educational videos, and much more content with a facility of upload, comment, rate, share and add to playlist option. It is a user-friendly report feature that customizes the content they need to watch.

It is free of cost. Best shows in this app are stupid Man Smart Phone, It is Not That Simple.

Subscription available at INR 99 per month and INR 499 yearly for ios, android users.

Content from the Sony Channels and along with English, Hindi and regional movies; Japanese animations mostly in Japanese audio with English subtitles are also present. Currently, sonyLIV is available at INR99 per month and INR499 per year.

SonyLiv Offers a lot of free content including sports channels.

And some handpicked shows are The Handmaid’s Tale, The Kapil Sharma Show, and Men In Black.

BIGFLIX is India’s First movie on-demand service provided by Reliance entertainment. It is known as ‘Personal Blockbuster Theatre’ that allows you to stream or download movies at any time. It offers a wide range of action, comedy, romance and thrillers as well as a wide range of movies.

This content is available in Hindi, English, Bengali, Tamil, and Telugu. Subscription is INR 50 per month and INR 500 per year. This application is available on Mobile phones, PC, Smart TVs, and DT.