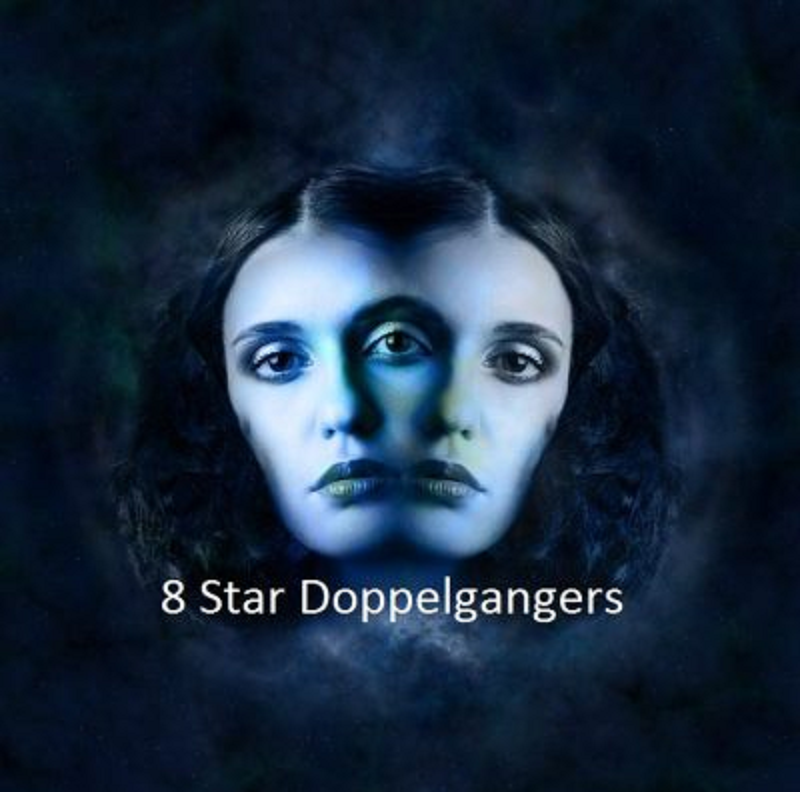 How often do we try to pull off a look sported by a celeb, and hope that someone notices? How often do we play random games on Facebook to see which celebrity we resemble? A number of stars look a lot like their colleagues. A few celebs are really hard to tell apart. We present you seven pairs of star doppelgangers.

Jessica Chastain is a 40-year-old actress, and producer. She debuted in the movie Jolene in 2008, but she had already appeared in a few television shows before her movie debut. She was praised for her roles in A Most Violent Year(2014), and Miss Sloane(2016).  She was listed in Time Magazine’s “100 Most Influential People In The World” in 2012. 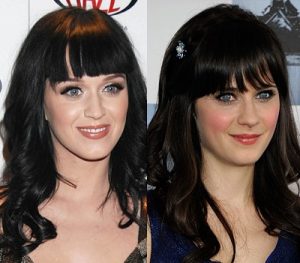 Zooey Deschanel is a 37-year American actress, singer, and songwriter. She is the daughter of cinematographer and director Caleb Deschanel and actress Mary Jo Deschanel. She has featured in several movies including Yes Man (2008) and 500 Days of Summer (2009). She is married to Jacob Pechenik since 2015. She had stated that people always mistake her for Katy Perry.

Katy Perry is a 32-year-old American singer and songwriter. She has sold over a 100 million records globally. She was also listed in Forbe’s list of “Top Earning Women in Music (2011-2016)”. She has won many awards including four Guinness World Records. 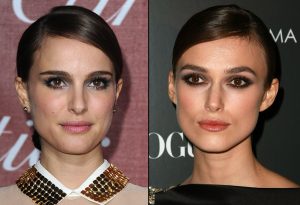 Keira Knightley is a 32-year-old British actress. She became popular with her role in Bend It Like Beckham in 2002. She has worked in several popular movies including Pirates of the Carribean, Love Actually, and Pride & Prejudice. She is one of the highest paid actresses in Hollywood. In 2014 Keira stated that people often think that she’s Natalie Portman, and she’s even posed as Natalie, for a few fans.

Natalie Portman is a 35-year-old actress who is half American, half Israeli. Her debut movie was Leon: The Professional in 1994. She appeared in the Star Wars trilogy. Her performance in the movie Black Swan is one of her best performances. She is married to French ballet dancer Benjamin Millepied. 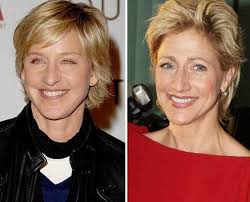 Edie Falco is a 57-year-old actress from Brooklyn who has appeared in movies, television shows, and stage shows. She appeared as Nurse Jackie in the series Nurse Jackie.  In 2010 she stated that whenever she meets Ellen, they pass stories back and forth on how they are mistaken for each other.

Ellen DeGeneres is a 59-year-old actress, television host, comedian, producer, and writer. She was listed in the 50th position in Forbe’s list of “Most Powerful Women in The World” in 2015. Her show “The Ellen Show” is popular throughout the world. She is married to Portia De Rossi. 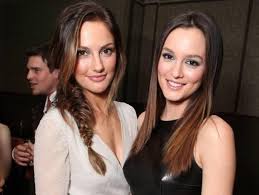 Minka Kelly is a 36-year-old actress from Los Angeles. She has starred in a few movies including 500 Days of Summer, and The Roommate. She primarily acts in television series. She played Leighton Meester’s roommate in the movie The Roommate.

Leighton Meester is a 31-year-old actress, model, singer, and songwriter. She is well known for her role as Blair Warldrof in the series Gossip Girl. She also appeared in movies such as Monte Carlo, and Of Mice and Men. She married actor Adam Jarod Brody in 2014. 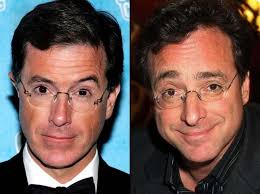 Stephen Colbert is a 52-year-old American TV host, author, and comedian. He hosts the show “The Late Show with Stephen Colbert”. He studied to be a dramatic actor but later got interested in theatre. He married Evelyn McGee-Colbert in 1993.

Bob Saget is a television host, actor and stand-up comedian. He hosted America’s Funniest Videos for 8 years. Saget wanted to become a doctor during his growing up years, but one of his teachers realized that he had creative potential, and urged him to take up a career in movies. He played the role of Danny Tanner in the sitcom Full House. He has acted in a few films and several TV series. 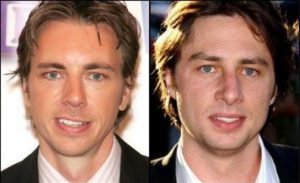 Dax Shepard is a 42-year-old American actor, director, and writer. He is famous for his roles in Hit and Run, Employee of the Month, and Idiocracy. He also featured in the series Parenthood. He married actress and singer Kristen Bell in 2013. The couple has 2 kids.

Zach Braff is an actor, comedian, director, producer and screenwriter. He has won several awards as a director. He is well known for his role as JD in the comedy series Scrubs. He stated that he’s often mistaken to be Kristen Bell’s husband. 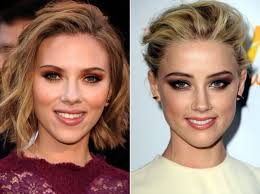 The 31-year-old Amber Heard is an American actress. Though she debuted in the sports drama Friday Night Lights in 2004, she became popular only in 2008 after she starred in Never Back Down, and Pineapple Express. She won her first award in 2008. Apart from movies, she has also starred in a number of television dramas. She was married to Johnny Depp from 2015 to early 2017.

Scarlett Johansson is a 32-year-old actress, model, and singer from Manhattan.  She debuted in the film North in 1994, when she was 9 years old. Her role as Amanda in Manny & Lo in 1996 fetched her nomination for “Independent Spirit Award for Best Lead Female”. She has acted in a number of movies since 2004. Scarlett also appeared in a few television series, and a couple of stage plays. She was married to Ryan Reynolds from 2008 to 2011. Johansson has released two music albums, Anywhere I Lay My Head (2008) and Break Up (2009).