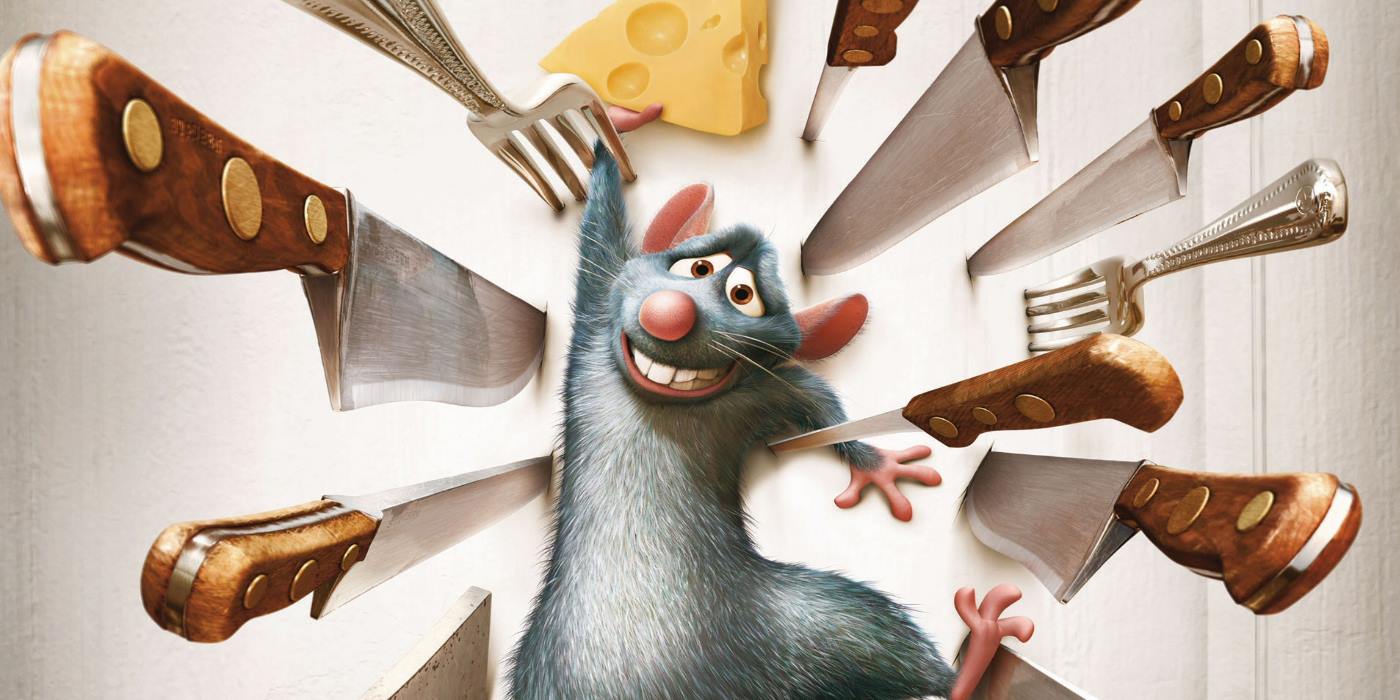 Primo and Secondo are brothers who move from Italy to the USA to open an Italian restaurant in the United States. Their restaurant does not do well. Primo is an awesome cook who does not want to cook routine dishes. A customer of theirs does not like Primo’s risotto because the dish is not served with meatballs. The brothers do not know how to run a business. They face a huge loss. Pascal who runs a restaurant nearby does great business by serving American versions of Italian food. Secondo asks Pascal for help. Pascal asks his friend Louis Prima, a famous musician to hold a dinner party at Primo’s restaurant. The brothers prepare for the big night, to make their restaurant successful.

Philipa and Martina are two elderly sisters who live in Denmark in the 19th century. Their late father was a minister at a Church. They had the chance to get married and leave the village when they were young, but the sisters opted to stay with their father and serve the church. Several years later, a French woman Babette comes knocking at their door requesting them to take her in. Babette cooks for the sisters and keeps the house clean. On their father’s 100th birthday Babette is given the responsibility to cook a sumptuous meal.

A rat called Remy loves good food and intends to become a chef.  As luck would have it, he ends up in a sewer in Paris near Auguste Gusteau’s restaurant. It is one of the finest restaurants in Paris. Remy sneaks into the restaurant often. He meets Linguini, a new boy hired to clear garbage at the restaurant. Linguini accidentally spoils a soup but Remy saves it by adding a few ingredients and making it delicious. Linguini is appointed as a chef. Remy and Linguini form a partnership and make a mark in the culinary world. Remy has to choose between becoming a chef and living life as a rat.

This movie is about a family in Taipei. A father lives with his three daughters. The father is a senior master chef Chu, whose wife died a while ago. His oldest daughter Jen is a chemistry teacher at a school, who had an unpleasant love affair during her college days. The second daughter Chien is an airline executive who just bought a new apartment. The youngest daughter Ning is a school student who also works at a food joint. They all get together only on Sundays when Master Chu cooks a fancy dinner for them. The movie talks about food, and the love lives of everyone in the family.

In 1949 Julia moves to France along with her husband Paul Child. A bored Julia learns how to cook French cuisine, and writes a book to teach Americans to cook French dishes. In 2002, a woman called Julie who is an aspiring writer who loves to cook moves to an apartment in Queens along with her husband Eric, who is an editor. She decides to cook the 534 recipes written by Julia, within 365 days. On Eric’s suggestion, she starts a blog about cooking which becomes popular.

Nobuko Miyamoto, wife of the late Itami tries to keep her ramen bar going. Her ramen cooking skills are not great. A trucker Goro, and his friend Ken Watanabe visit the ramen bar. They offer to teach Nobuko how to make the best ramen in town. The movie has several subplots.

Saajan Fernandes who is nearing retirement is a bored and lonely man who had lost his wife. Ila is a housewife who plans to cook delicious meals and send it to her estranged husband to win him back. She uses the services of the famous dabbawalas of Mumbai, who deliver Ila’s lunchbox to Saajan instead of Ila’s husband, Rajeev. The next day Ila sends a note along with the lunchbox. Saajan responds to the note. They start corresponding via lunchbox notes every day. They talk about their lives, and hobbies. Ila gets to know that Rajeev is cheating on her. She turns to Saajan for help, and they plan to meet for the first time.

Carl Casper is a popular chef whose family life is deteriorating. He does not have creative freedom at his workplace. He makes a public video confronting a food critic who puts down his cooking because Carl’s boss asked Carl to make a dish that he didn’t want to. The video goes viral. Carl’s cooking career takes a big blow. His ex-wife asks Carl to begin cooking and serving food of his choice on a food truck. Carl, Percy who is an old friend and Carl’s son Martin travel across America on a food truck cooking dishes of their choice. Percy is good with technology, Martin is enthusiastic and Carl is, of course, a great cook. Their combination works well. Their food truck business becomes popular. They discover a lot of things.

Elena’s second daughter Pedro falls in love with a man called Pedro. Mama Elena forbids them from marrying each other because the youngest daughters in the house are not supposed to marry. They are supposed to take care of their mothers, and Tita cannot break the tradition. Petro marries Tita’s sister to stay close to Tita. She makes a cake for the wedding. The guests at the wedding experience sadness. All her feelings are expressed in the food she makes.

Jiro Ono is an 85-year-old Sushi master who works at his world famous restaurant SukiyaBashi Jiro. The restaurant is located in the basement of an office building in Tokyo. His son Yoshikazu has to take over the restaurant. Jio’s biggest goal in life is to create the perfect piece of sushi. It is a documentary that talks about Jio, his love for sushi, and his relationship with Yoshikazu.