Dark 7 White Review: A Political Thriller for those who don’t like to Think Much

Description:- A political crime thriller that focuses on Yudhveer Singh’s murder where the prime suspects are his own closest friends.

Where to watch: Alt Balaji and Zee5

The show is an adaptation of Shweta Brijpuria’s novel Dark White, and it is done rather loosely. It is a political thriller for those who don’t like to think much. The story starts by focusing on Yudhveer Singh (Sumeet Vyas) who is going to take over the seat of the CM of Rajasthan. He had a dream, and it comes to an unseen end when he is shot in front of a gathering of people. He wanted to procure the seat of the chief minister and wanted to be the youngest to do so.

The strongest suspects with the strongest motives are his own seven closest friends. The officer investing in the case is Abhimanyu Singh (Jatin Sarna).

Interesting Read: What 9 ‘Walking Dead’ stars would do if a zombie apocalypse really happened?

The characters and suspects in the show

Yudi is depicted as a character that not just convinces people but also ensures that they are straight-up eating off his palms. He is skilled in figuring out a person’s secrets, desires, and greed and turns the table around so that he is the one benefiting from it. He was ambitious and dexterous in manipulating people.

The prime suspects are mostly from Yudi’s college gang which have diversified personalities also included to add a different flavour but not mostly positively. It includes a gay couple played by Shekhar Chaudhary and Kunj Anand who are mostly shown engaging in lovemaking with cringe-worthy basic background music. They are the on-campus student politicians and unprecedentedly lend their support to Yudi. 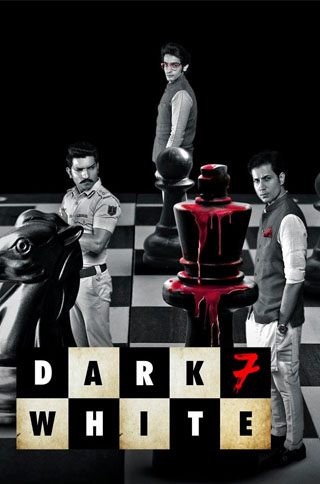 There are two women in the gang played by Madhurima oy and Monica Chaudhary who are ‘Used” by Yudi according to his convenience. Monica Chaudhary’s character Neelu serves as an alibi for a murder and Madhurima’s character is shown as a participant in a sex tape in order to defame a political rival.

Talking about tokenism, these women are also portrayed as feminists so to impose that point they do every socially and rather wrongly perceivable feminist thing like getting drunk “independently”, cussing about how they are being used, and other things in the same line. They however wilfully still choose to be in the company of Yudi, which toxic by the way, only to be degraded and being perceived as the complete opposite of their standpoint. 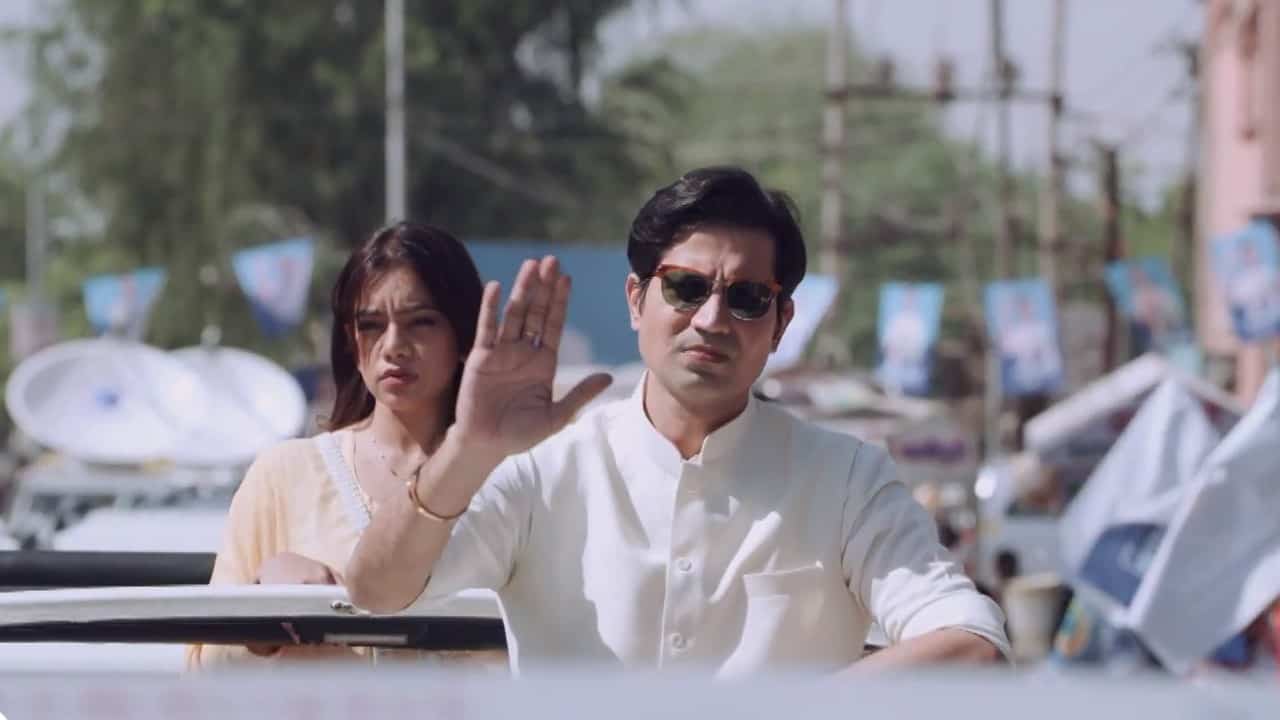 Abhimanyu is the officer that is given the responsibility to investigate the case and is shown as diligent in his work with a sense of humour that is not exactly funny but deems to fit with the whole concept. Abhimanyu is able to unravel the bittersweet relationship between all the friends.

There is no character development of any of these characters, and it seems like the only motivation behind building and giving to life to these characters was to maintain the twists and turns of the show. They are pieces that can be moved and jumped from one point to another without any sense of individuality and thoughts.

The show doesn’t have a constant momentum of viewer engagement but gains its pace in the later episodes.

The show has many layers and twists to it, but it takes a while for the screenplay to pick up. It has been carefully and wisely written by Mohinder Pratap Singh, Shashan Kunwar, Mayuri Roy Chaudhary, and Pranjal Saxena.

The beginning of the show and its storyline is engaging for the viewers, but it starts losing its grip eventually. It starts getting interesting again from the 4th episode and eventually gains its momentum from the 5th episode. As it progresses, it is able to hook to the viewers because the plot starts unfolding, and there are a lot of things that interest the viewers enough to keep them going on. The motives of Yudi’s friends behind the murder aren’t the only engaging things for the viewers. Yudi’s manipulative ways are also intriguing enough to keep you hooked.

The efforts the writers have put into the creation of Yudi’s character is very commendable. They have added the perfect dark side to his character that keeps the viewers involved.

The use of authentic and raw Rajasthani songs is a cherry on top, and the climax is very unpredictable and good totally befitting the “Expect the unexpected”.

Some major negative points might be a little off for the viewers.

There is an unmonitored use of cuss language, which tends to break the saturation point of the viewers. At times, it looked unnatural and unnecessary that took away the value of creating the show. The dialogues aren’t moving and powerful, especially the ones given to Sumit Vyas, who is the protagonist of the show. The dialogues narrated by Sumeet Vyas aren’t gripping enough unlike how it was intended to be and a parallel can be drawn in the similarity of narration between a YouTube reactor and his narration.

The whole series continuously draws parallels between all things about sex and politics to effectively get the point through which might be a little too much for the viewers. Sumeet Vyas says a dialogue that roughly implies that Orgasms are the main thing that gives you enjoyment in both sex and politics and this dialogue, to be honest, falls a little flat.

One thing that comes off is the intent of the writers for young Yudi and the projection. The college Yudi is shown as highly deluded and entitled. He throws around random thoughts and lines that are cringe so much so that viewers are compelled to think if the writers actually intended to write these.

He is a very typical ‘bad popular hot boy’ that everyone wanted and be associated with for very obvious reasons. He was intended to be a girl magnet in his college years while also being a royal but his hairstyle is extremely opposite to the reputation. He gave the impression of a guy who doesn’t even bother to comb his hair. In addition to that, the theme music used for Yudi is cacophonic and irritating.

How is the direction and performance of the show?

The performance of the main actor is progressive, and that can be noticed, but it is not his best. He has acted well enough in low-scale production shows like TVF’s tripling and judging from that; he hasn’t performed his level best in Dark 7 white. His character can slightly remind you of Akshay Kumar in Khiladi 420.

Jatin Sarna who also played Bunty in Sacred has given an amazing performance and is a delight to watch as Abhimanyu Singh. He successfully broke out of his image of Bunty, and it was convenient for the viewers to see him adapt to Abhimanyu.

Taniya Kalra and Kunj Anand deliver a fine performance while Monica Chaudhary is decent enough. Nidhi Singh’s screen time is less, and she delivered a good performance for whatever time she was on screen.

The directors Sattwik Mohanty and Preya Hirji have done a good and commendable job. Not exactly extraordinary but good enough from a viewer’s point of view. The cinematography, however, had a scope of improvement as it failed to capture the beauty of Jaipur in its entirety.

A mashable reviewer said that it is a political thriller for Ignorant boomers and Internet Edgelords and we couldn’t agree more. The show is fixated on showing the power play and entitlement in the political scenario but only touches the topic lightly. The people who do not dig into doing a hefty amount of research before jumping to a conclusion will probably perceive it as real while the show is far from the reality of the political scene.

They started off nicely but poorly depicted the ambition of Yudi towards achieving his dream in the most obvious and predictable ways. The rest of the story gradually revolves around the murder and loses its political side. It is overlooked because of the engaging murder mystery. The characters do not do justice to the political stance either, and things sometimes get really sexist and homophobic even if the writers didn’t intend them to be so.

Interesting Read: 13 Essentials You Must Stock Up To Stay Germ-Free and Healthy

The IMDB rating of the show is noticeably too high, which makes us wonder if the intelligent public looked over the unintelligent flaws or didn’t bother watching it in the first place. If we look closely and analyze, within its budget, the show narrates a compelling tale and shows us the faces of friendship that is fuelled by opportunism.

The suspense, climax, performances, and layered storyline, however, make it worthy enough to be watched. It still has a lot of areas where it could have improved to be included in the list of excellent shows. There are 10 episodes each of about 20 minutes, so it is binge-worthy if you are ready to invest those 200 minutes.